The Helium registers contain vectors of elements of the same data type. The same element position in the input and output registers is referred to as a lane.

Usually each Helium instruction results in noperations, where nis the number of lanes that the input vectors are divided into. Each operation is contained within the lane.

The number of lanes in a Helium vector depends on the size of the vector and the data elements in the vector.

A 128-bit Helium vector can contain the following element sizes: 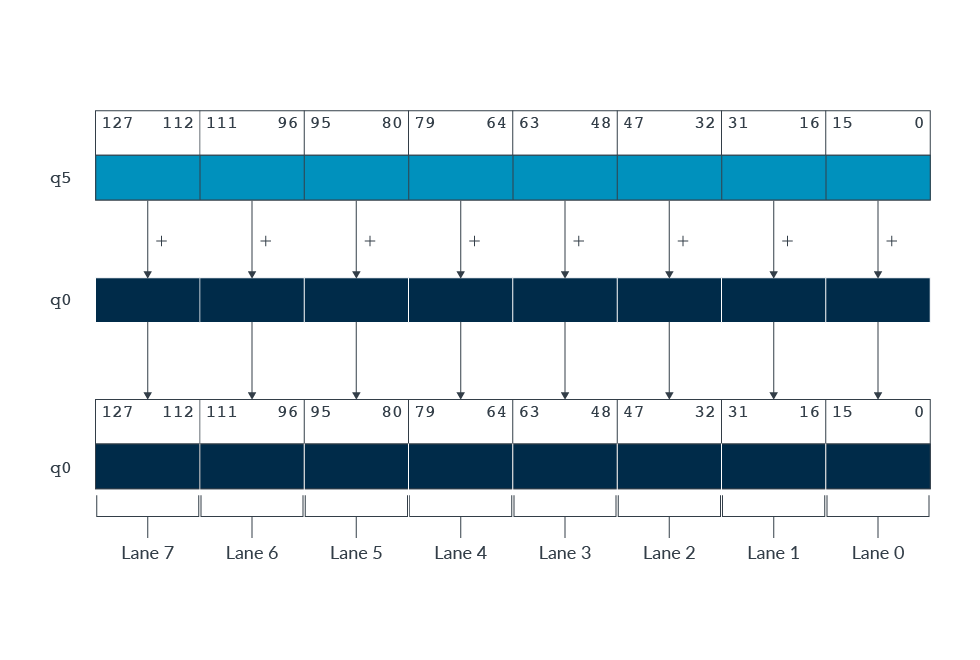 Helium instructions use a mix of vector and scalar operands, including:

For example, multiplication, this can be seen in Vector instruction example. You can find more examples in the Armv8-M Architecture Reference Manual.

When programming for Helium in C or C++, different data types let you declare vectors of different sizes. To use these data types, we must add the library arm_mve.h to the program. This header file provides data types that look like the following: