This section introduces the basic architecture features of SVE.

SVE is based on a set of scalable vectors. SVE adds the following registers:

Let us look at each of these registers in turn.

The scalable vector registers Z0-Z31 can be implemented with 128-2048 bits in microarchitectures. The bottom 128 bits are shared with the fixed 128-bit V0-V31 vectors of Neon.

The figure below shows the scalable vector registers Z0-Z31: 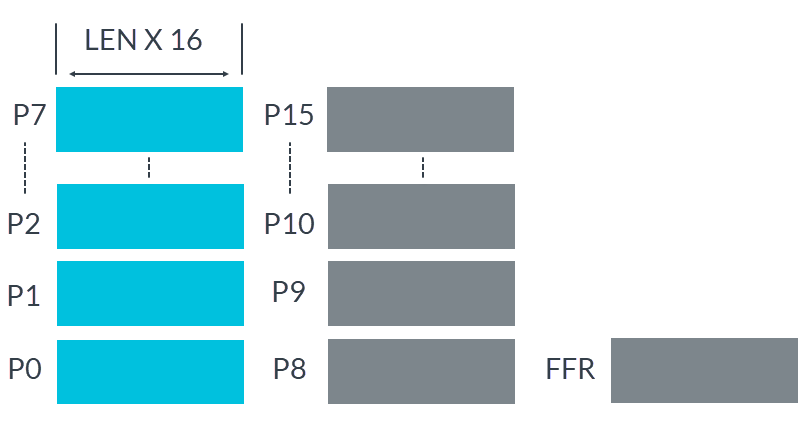 The predicate registers are usually used as bit masks for data operations, where:

The predicate registers can also be used as operands in various SVE instructions.

Within the maximum implemented vector length, it is also possible to configure the length of the vector for each Exception level through the ZCR_Elx registers. The length implementation and configuration need to meet the minimum requirements from the AArch64 SVE Supplement, so that either of the following conditions are met: