The Device memory type is used for describing peripherals. Peripheral registers are often referred to as Memory-Mapped I/O (MMIO). Here we can see what would be typically be marked as Device in our example address map: 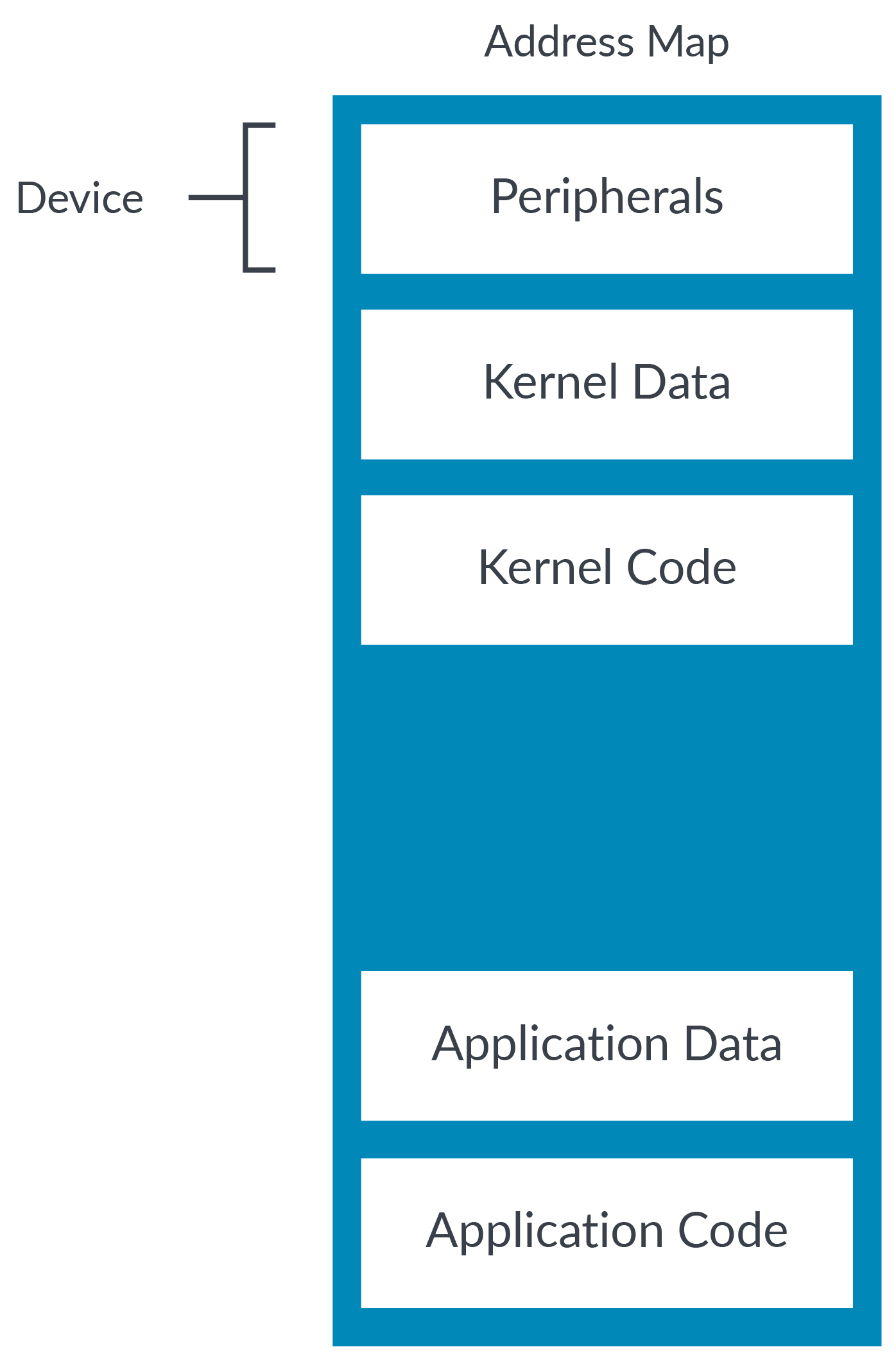 To review, the Normal memory type means that there are no side-effects to the access. For the Device type memory, the opposite is true. The Device memory type is used for locations that can have side-effects.

For example, a read to a FIFO would normally cause it to advance to the next piece of data. This means that the number of accesses to the FIFO is important, and therefore the processor must adhere to what is specified by the program.

Device regions are never cacheable. This is because it is very unlikely that you would want to cache accesses to a peripheral.

Instructions should not be placed in regions marked as Device. We recommend that Device regions are always marked as not executable. Otherwise, it is possible that the processor might speculatively fetch instructions from it, which could cause problems for read-sensitive devices like FIFOs.

There are four sub-types of Device, with varying levels of restrictions. These sub-types are the most permissive:

This sub-type is the most restrictive:

The letters after Device represent a combination of attributes:

Does the processor really do something different for each type? 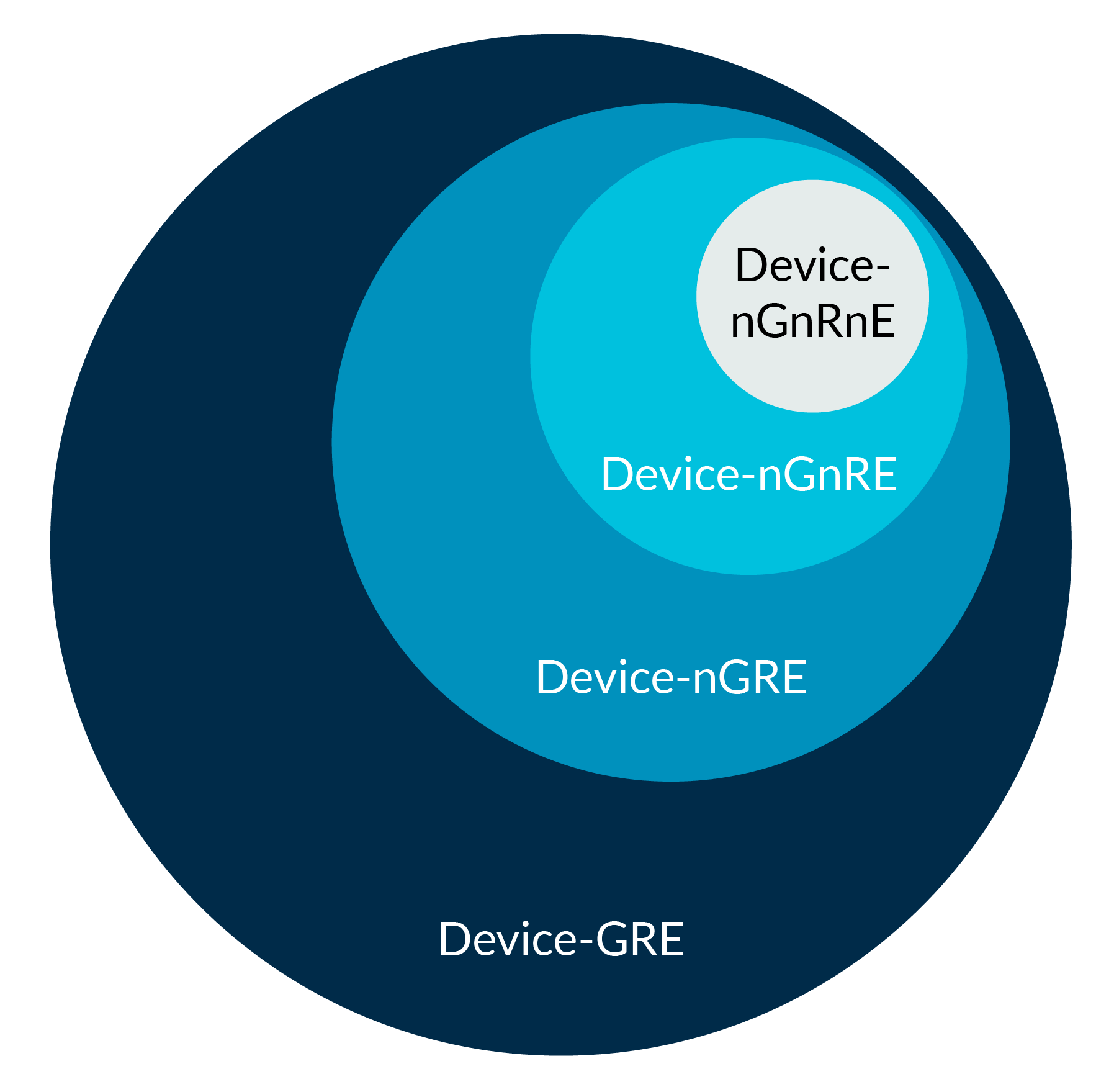 This example is extreme and unlikely to occur with Arm Cortex-A processors. However, it is common for processors to not differentiate between all the types and sub-types, for example treating Device_GRE and Device_nGRE in the same way. This is only allowed if the type or sub-type is always made more restrictive.