The Access Permissions (AP) attribute controls whether a location can be read and written, and what privilege is necessary. This table shows the AP bit settings:

If an access breaks the specified permissions, for example a write to a read-only region, an exception (labelled as a permission fault) is generated.

However, this is not always desirable. Malicious applications might try to trick an OS into accessing data on behalf of the application, which the application should not be able to see. This requires the OS to check pointers in systems calls.

The Arm architecture provides several controls to make this simpler. First, there is the PSTATE.PAN (Privileged Access Never) bit. When this bit is set, loads and stores from EL1 (or EL2 when E2H==1) to unprivileged regions will generate an exception (Permission Fault),like this diagram illustrates: 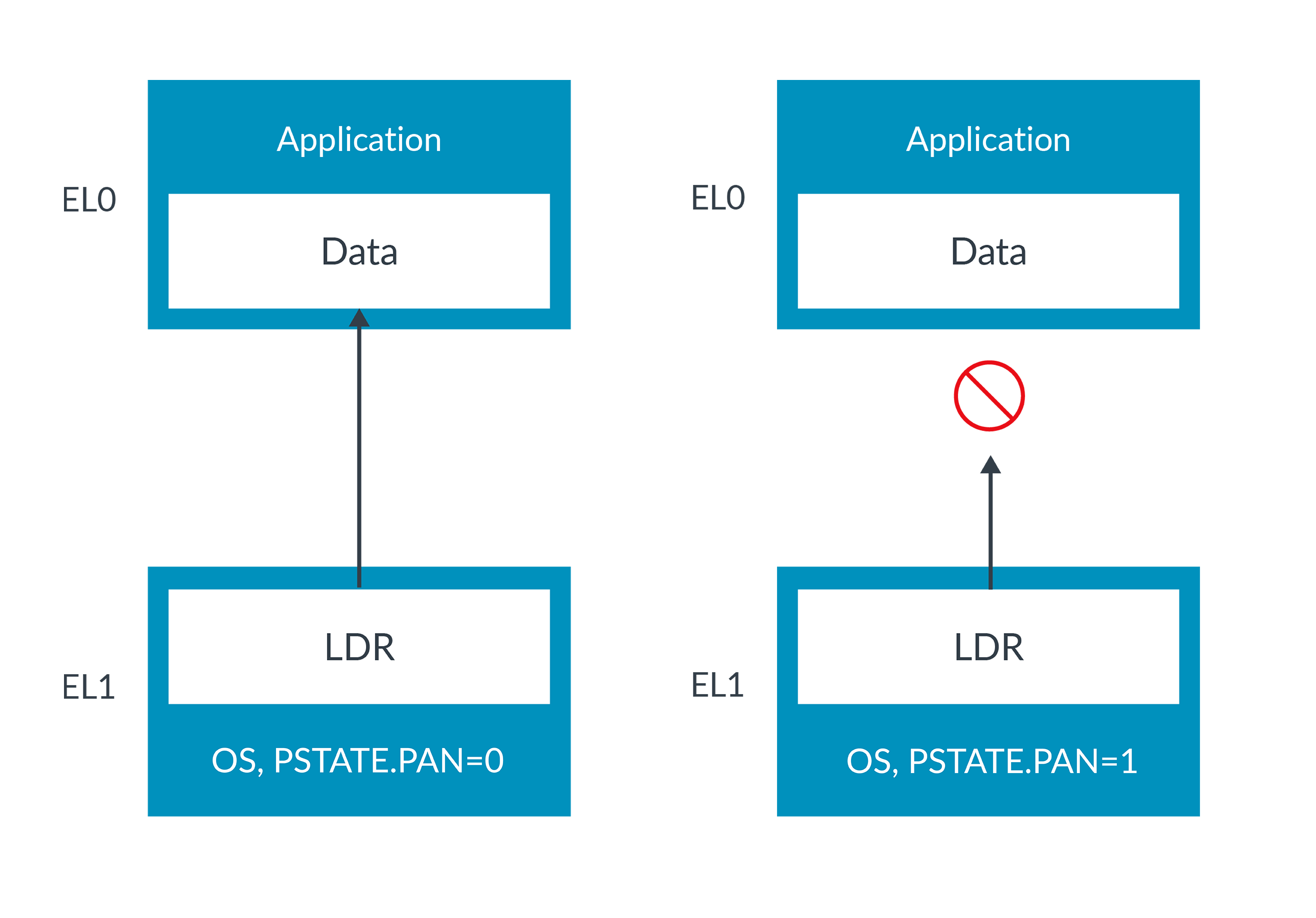 Sometimes the OS does need to access unprivileged regions, for example, to write to a buffer owned by an application. To support this, the instruction set provides the LDTR and STTR instructions.

LDTR and STTR are unprivileged loads and stores. They are checked against EL0 permission checking even when executed by the OS at EL1 or EL2. Because these are explicitly unprivileged accesses, they are not blocked by PAN, like this diagram shows: 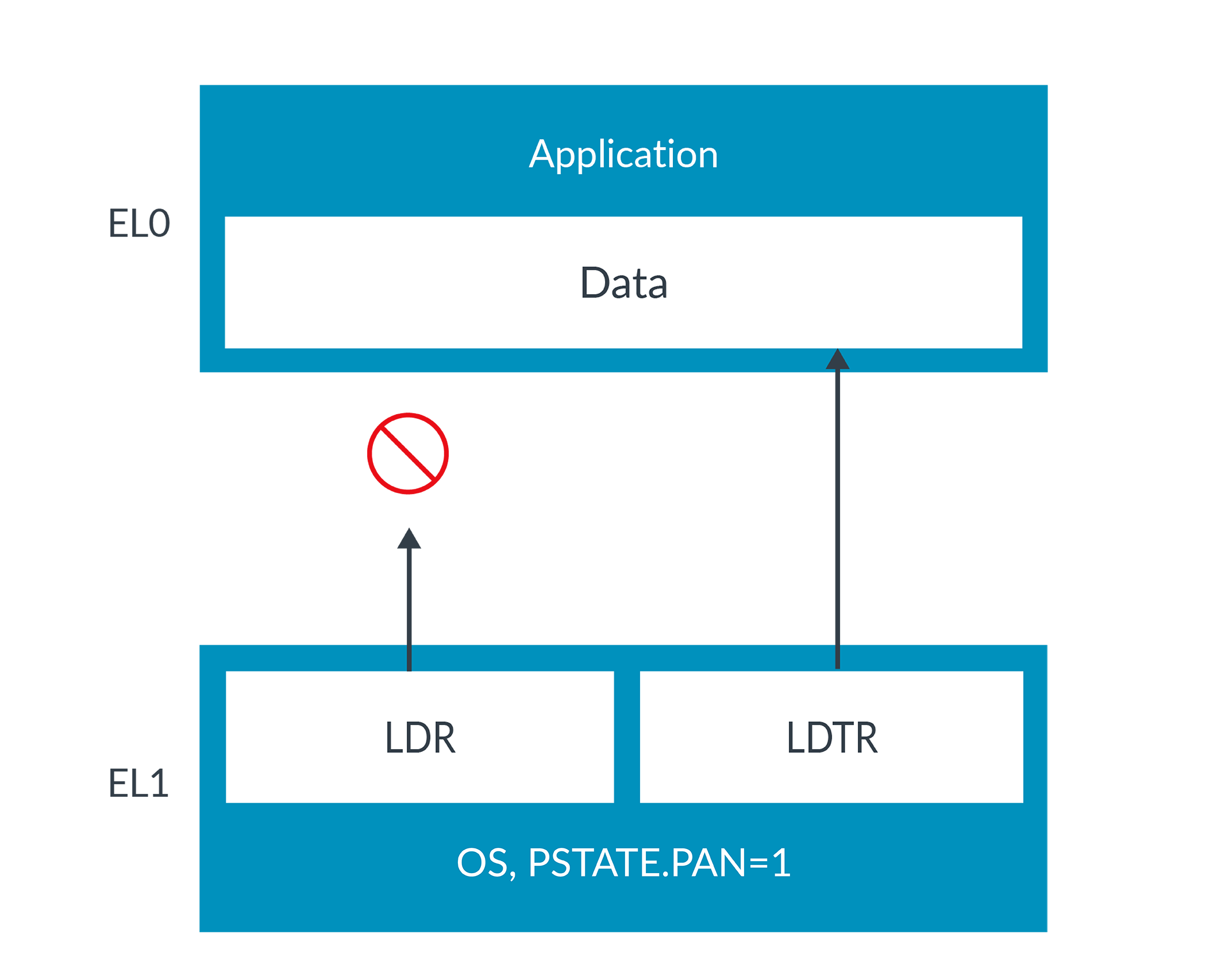 Note: The T in LDTR stands for translation. This is because the first Arm processors to support virtual to physical translation only did so for User mode applications, not for the OS. For the OS to access application data it needed a special load, a load with translation. Today of course, all software sees virtual addresses, but the name has remained.

In addition to access permissions, there are also execution permissions. These attributes let you specify that instructions cannot be fetched from the address:

These are Execute Never bits. This means that setting the bit makes the location not executable.

There are separate Privileged and Unprivileged bits, because application code needs to be executable in user space (EL0) but should never be executed with kernel permissions (EL1/EL2), like this diagram shows: 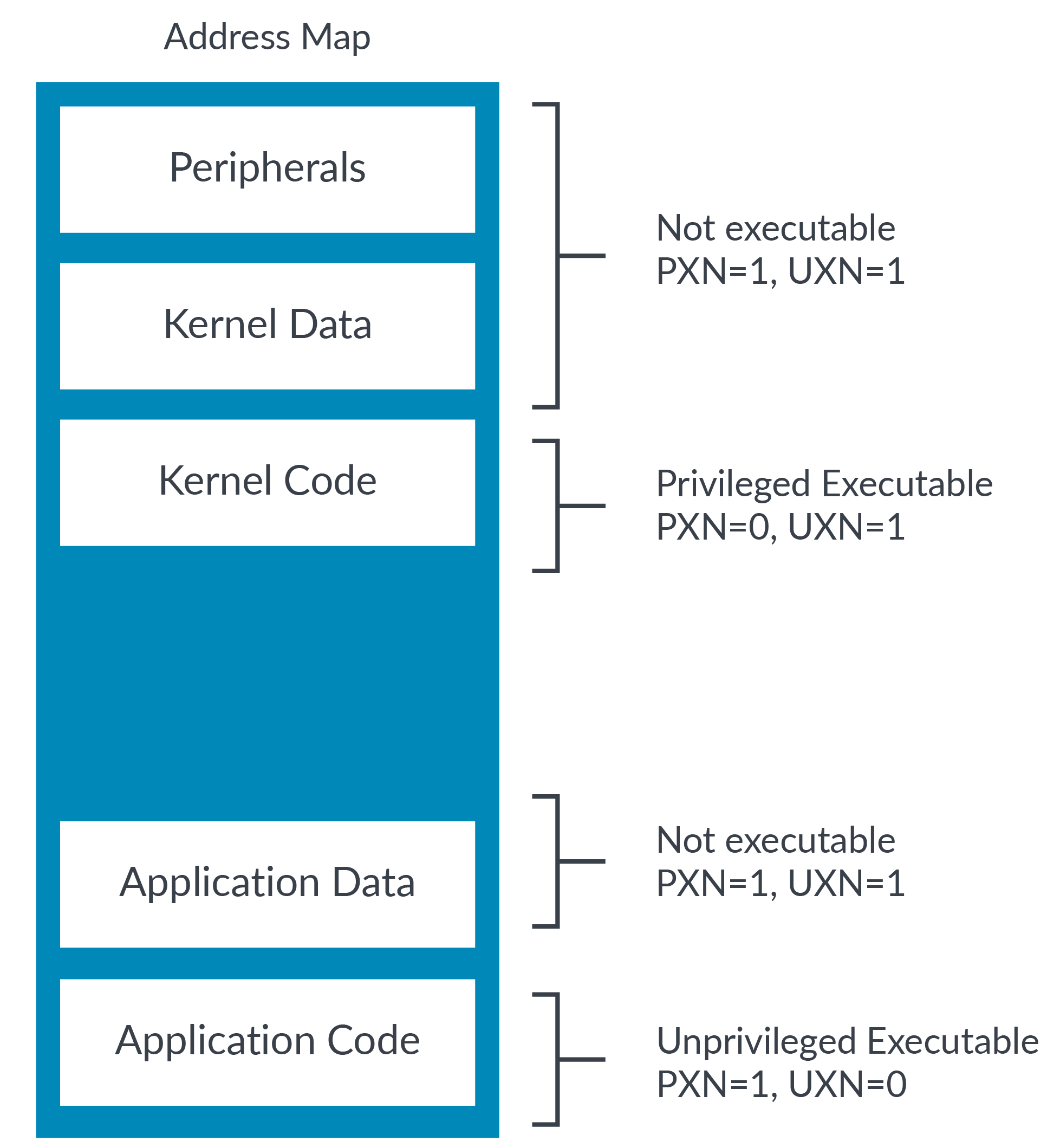 A location with EL0 write permissions is never executable at EL1.