Here we will introduce some introductory hypervisor and virtualization theory.  If you are already familiar with these concepts, you might want to skip this material.

We use the term hypervisor in this guide to mean a piece of software that is responsible for creating, managing, and scheduling of Virtual Machines (VMs).

Why is virtualization important?

Virtualization is a widely used technology, and underpins almost all modern cloud computing and enterprise infrastructure. Virtualization is used by developers to run multiple Operating Systems (OS) on a single machine, and to test software without the risk of damaging the main computing environment. 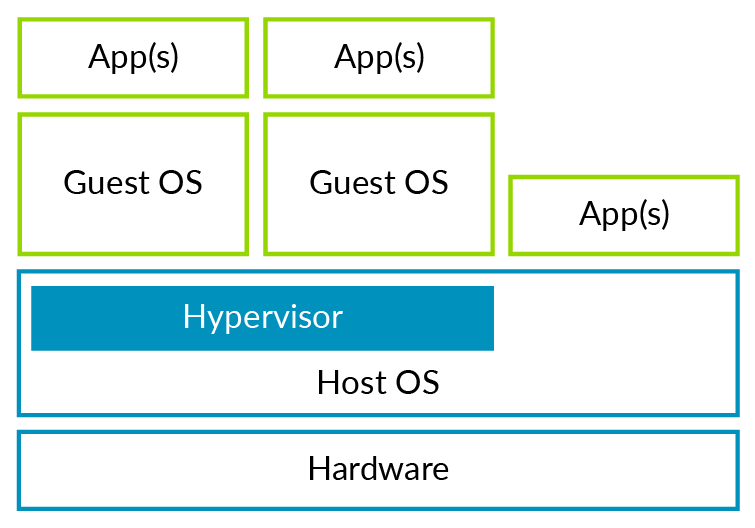 If you have previously used software such as Virtual Box or VMware Workstation, this is the type of hypervisor that you were running.  An OS, referred to as the Host OS, is installed on the platform and the hypervisor runs within the Host OS, taking advantage of existing functionality to manage hardware. The hypervisor can then host virtual machines, which themselves run an OS. We refer to this as the Guest OS.

Next, we will look first at a standalone, or Type 1, hypervisor: 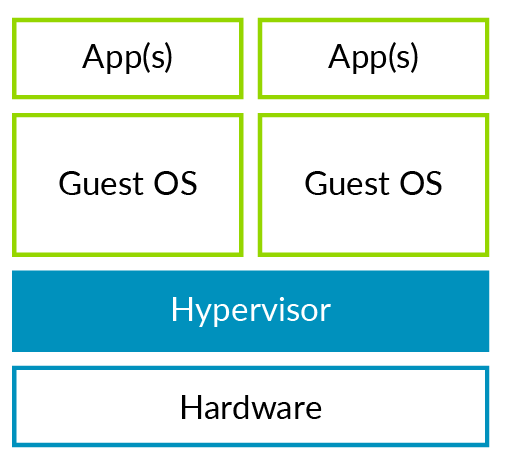 The two most commonly used open-source hypervisors on Arm platforms are Xen (standalone, Type 1) and KVM (hosted, Type 2).  We will use these hypervisors to illustrate some of the points in this guide.  However, there are many other hypervisors available, both open source and proprietary.

The classic definition of a VM is a separate, isolated computing environment, which is indistinguishable from the real physical machine. Even though it is possible to fully emulate real machines on Arm-based system, this is often not an efficient thing to do. Therefore, this kind of emulation is not done very often. For example, emulating a real Ethernet device is slow, because each access to an emulated register performed by the Guest OS must be handled in software by the hypervisor. This handling can be much more expensive than accessing registers on a physical device.

Strictly speaking, full system virtualization emulates a real physical machine. Xen (the open source project), on the other hand, popularized the term paravirtualization, in which core parts of the Guest OS are modified to operate on a virtual hardware platform instead of a physical machine. This modification is undertaken to improve performance.

Today, on most architectures that have hardware support for virtualization, including Arm, the Guest OS runs mostly unmodified. The Guest OS thinks that it is operating on real hardware, except for drivers for I/O peripherals such as block storage and networking, which use paravirtualized devices and device drivers. Examples of such paravirtualized I/O devices are Virtio and Xen PV Bus.

It is important to understand the difference between a Virtual Machine (VM) and a Virtual CPU (vCPU).  A VM will contain one or more vCPUs, as shown in the following diagram:

The distinction between VM and vCPU will become important when we look at some of the other topics in this guide.  For example, a page of memory might be allocated to a VM, and therefore be accessible to all the vCPUs in that VM.  However, a virtual interrupt is targeted at a specific vCPU, and can only go to that vCPU.

Note: Strictly, we should refer to a virtual Processing Element (vPE), rather than a vCPU.  Remember that a Processing Element (PE) is the generic term for a machine that implements the Arm architecture.  This guide uses vCPU instead of vPE, because vCPU is the term that most people are familiar with. However, in the architecture specifications, the term vPE is used.