The current state of an Armv8-A processor is determined by the Exception level and two other important states. The current Execution state defines the standard width of the general-purpose register and the available instruction sets.

Execution state also affects aspects of the memory models and how exceptions are managed.

The current Security state controls which Exception levels are currently valid, which areas of memory can currently be accessed, and how those accesses are represented on the system memory bus.

This diagram shows the Exception levels and Security states, with different Execution states being used: 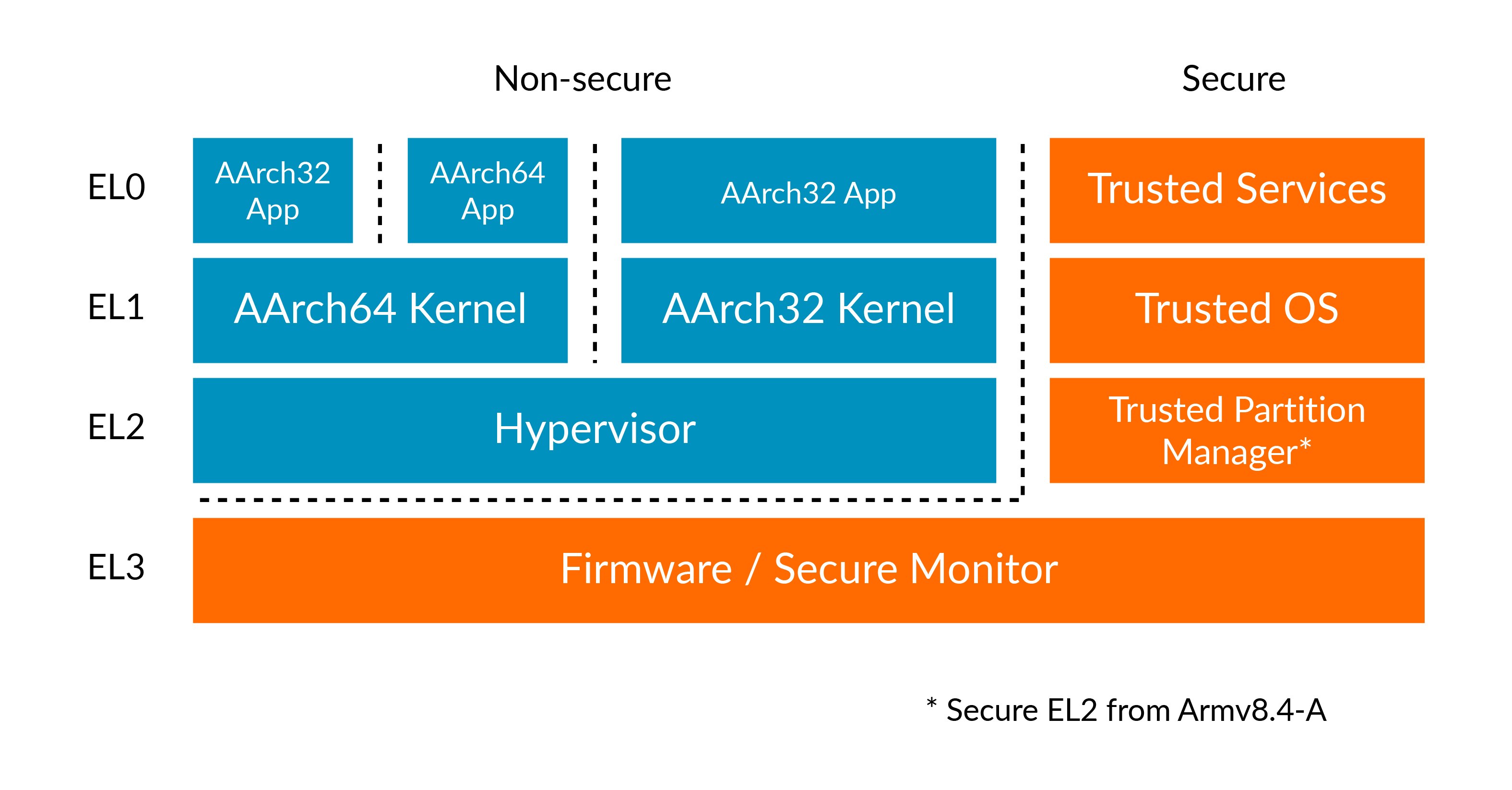 The Armv8-A architecture allows for implementation of two Security states. This allows a further partitioning of software to isolate and compartmentalize trusted software.

The two Security states are:

The uses of these Security states will be described in more detail in our guide TrustZone for Armv8-A.

A PE can only change Execution state on reset or when the Exception level changes.

When the PE changes between Exception levels, it is also possible to change Execution state. Transitioning between AArch32 and AArch64 is only allowed subject to certain rules.

In this example we have used an OS and applications, but the same rules apply to all Exception levels. For example, a 32-bit hypervisor at EL2 could only host 32-bit virtual machines at EL1.

Changing Security state will be discussed in more detail in our guide TrustZone for Armv8-A.

EL0 and EL1 are the only Exception levels that must be implemented. EL2 and EL3 are optional. Choosing not to implement EL3 or EL2 has important implications.

Some modern implementations, such as Cortex-A55, implement all Exception levels but only allow AArch32 at EL0. The other exception levels, EL1, EL2, and EL3, must be AArch64.