When an exception is taken, the current state must be preserved so that it can be returned to. The PE will automatically preserve the exception return address and the current PSTATE.

The state stored in the general-purpose registers must be preserved by software. The PE will then update the current PSTATE to the one defined in the architecture for that exception type, and branch to the exception handler in the vector table.

The three physical interrupt types can be independently routed to one of the privileged Exception levels, EL1, EL2 or EL3. The diagram below uses IRQs as an example: 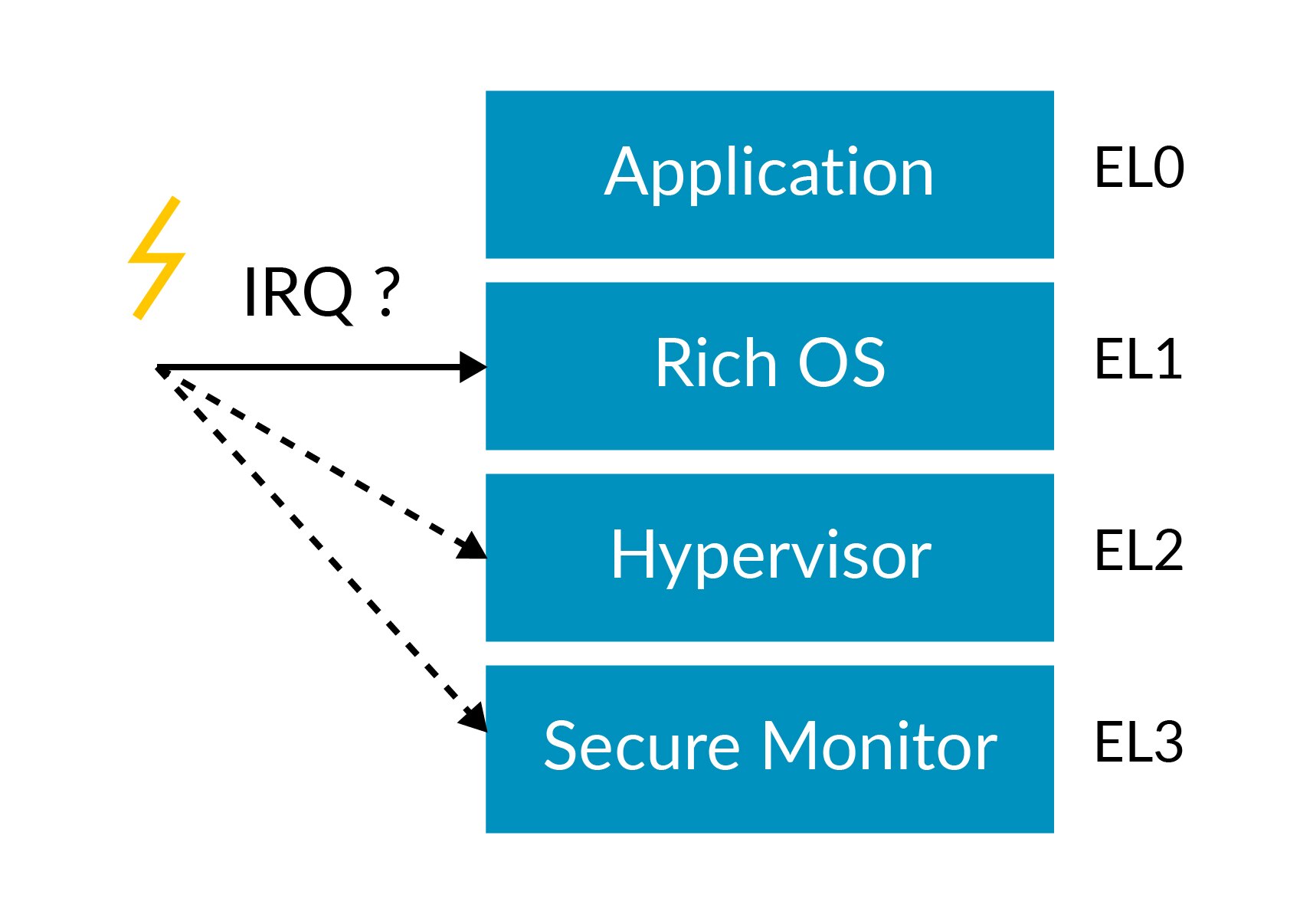 Exceptions that are routed to a lower Exception level than the level being executed are implicitly masked. The exception will be pended until the PE changes to an Exception level equal to, or lower than, the one routed to.

Determining which Execution state an exception is taken to

Returning from an exception

Software can initiate a return from an exception by executing an ERET instruction from AArch64. This will cause the Exception level returned to be configured based on the value of SPSR_ELx, where <x> is the level being returned from. SPSR_ELx contains the target level to be returned to and the target Execution state.

Note that the Execution state specified in SPSR_ELx must match the configuration in either SCR_EL3.RW or HCR_EL2.RW, or this will generate an illegal exception return.

On execution of the ERET instruction, the state will be restored from SPSR_ELx, and the program counter will be updated to the value in ELR_ELx. These two updates will be performed atomically and indivisibly so that the PE will not be left in an undefined state.

When executing in AArch64, the architecture allows a choice of two stack pointer registers; SP_EL0 or SP_ELx, where <x> is the current Exception level. For example, at EL1 it is possible to select SP_EL0 or SP_EL1.

During general execution, it is expected that all code uses SP_EL0. When taking an exception, SP_ELx is initially selected. This allows a separate stack to be maintained for initial exception handling. This is useful for maintaining a valid stack when handling exceptions caused by stack overflows.