The MMU contains the following:

A virtual address must be translated to a physical address before a memory access can take place (because we must know which physical memory location we are accessing). This need for translation also applies to cached data, because on Armv6 and later processors, the data caches store data using the physical address (addresses that are physically tagged). Therefore, the address must be translated before a cache lookup can complete.

Note: Architecture is a behavioural specification. The caches must behave as if they are physically tagged. An implementation might do something different, as long as this is not software-visible.

The translation tables work by dividing the virtual address space into equal-sized blocks and by providing one entry in the table per block. 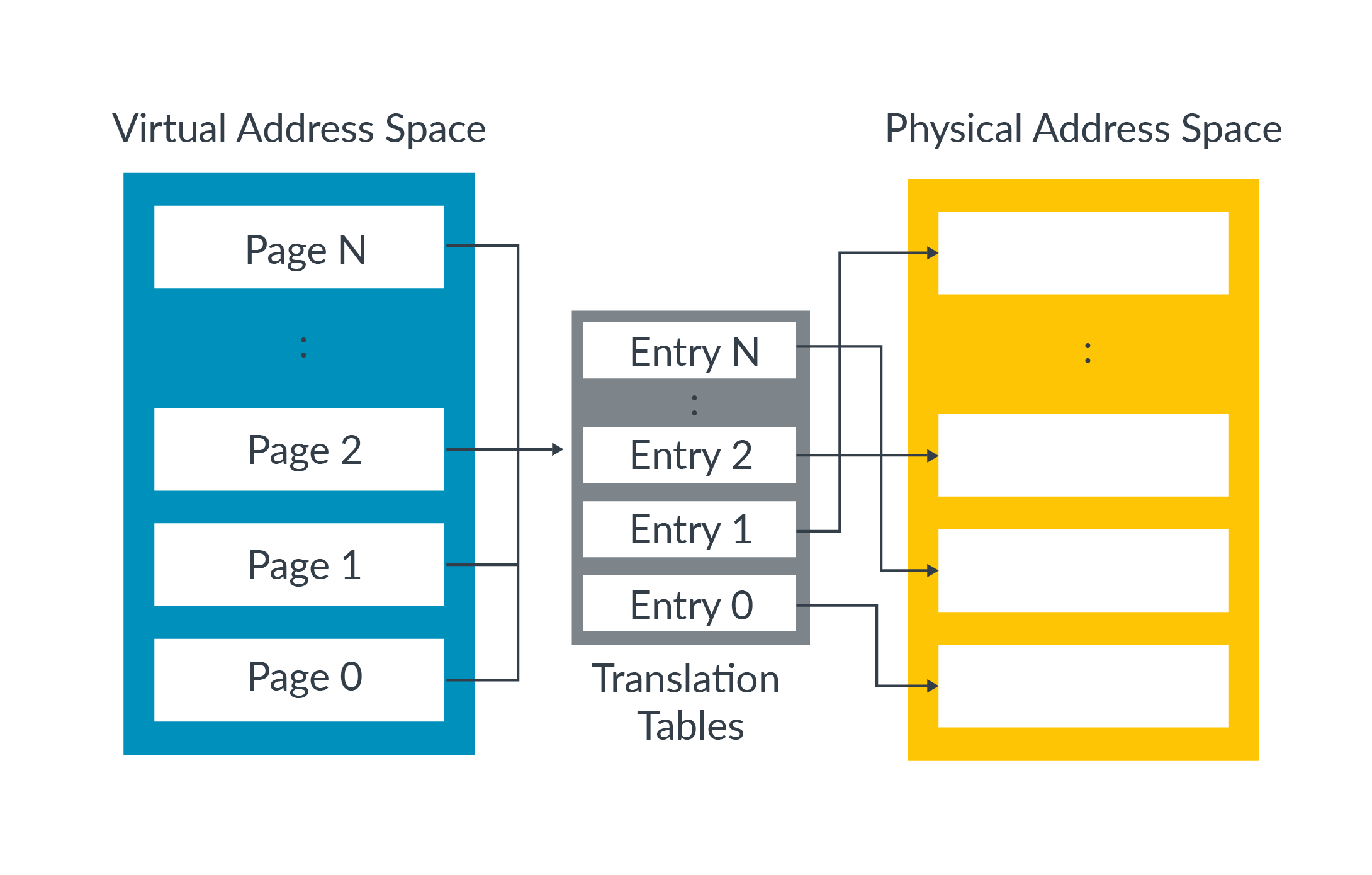 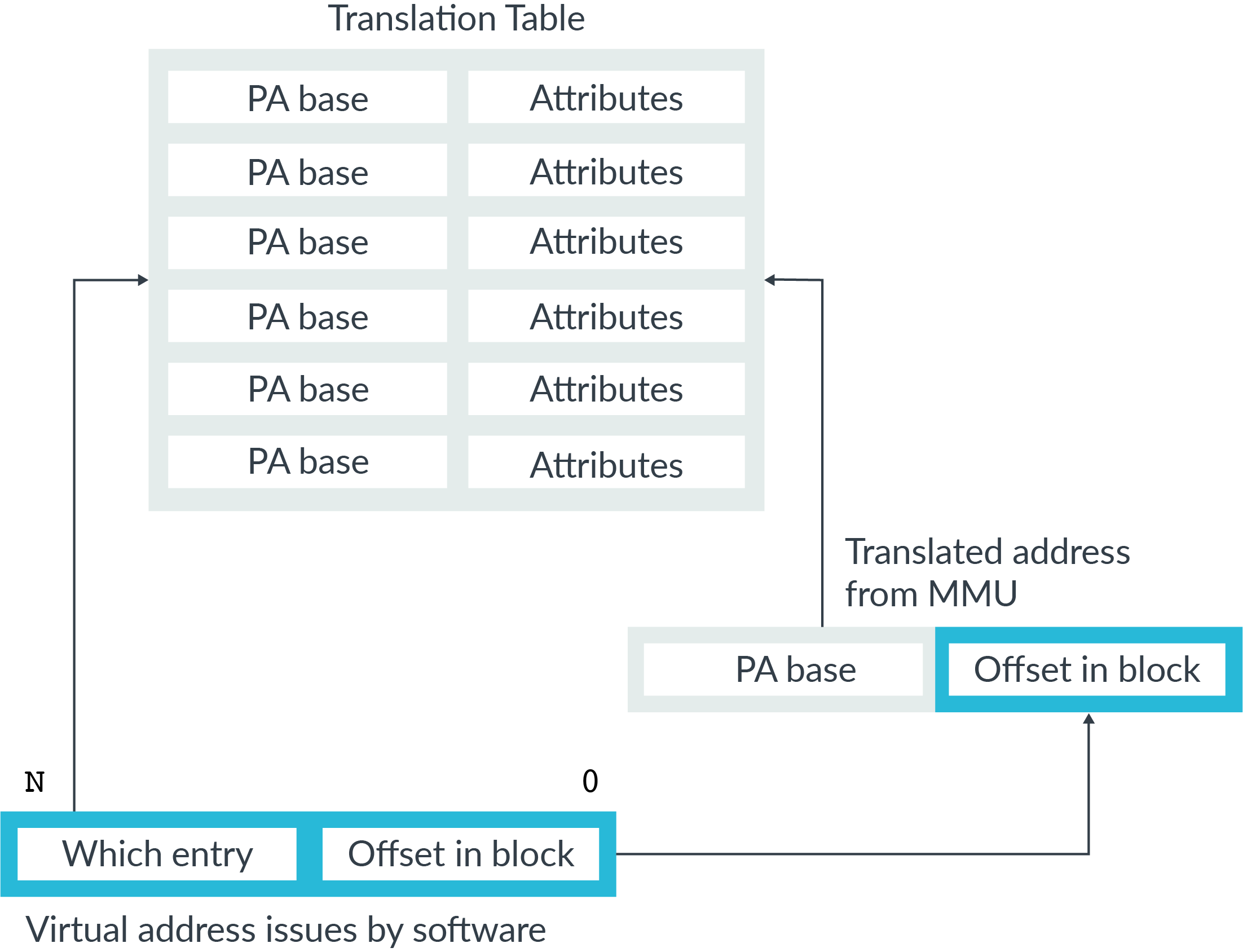 This diagram shows a single-level lookup.

The upper-order bits, which are labelled 'Which entry' in the diagram, tell you which block entry to look in and they are used as an index into the table. This entry block contains the physical address for the virtual address.

The lower-order bits, which are labelled 'Offset in block' in the diagram, are an offset within that block and are not changed by the translation.

In a single-level lookup, the virtual address space is split into equal-sized blocks. In practice, a hierarchy of tables is used.

The first table (Level 1 table) divides the virtual address space into large blocks. Each entry in this table can point to an equal-sized block of physical memory or it can point to another table which subdivides the block into smaller blocks. We call this type of table a 'multilevel table'. Here we can see an example of a multilevel table that has three levels:

In Armv8-A, the maximum number of levels is four, and the levels are numbered 0 to 3. This multilevel approach allows both larger blocks and smaller blocks to be described. The characteristics of large and small blocks are as follows:

To manage this trade-off, an OS must balance the efficiency of using large mappings against the flexibility of using smaller mappings for optimum performance.