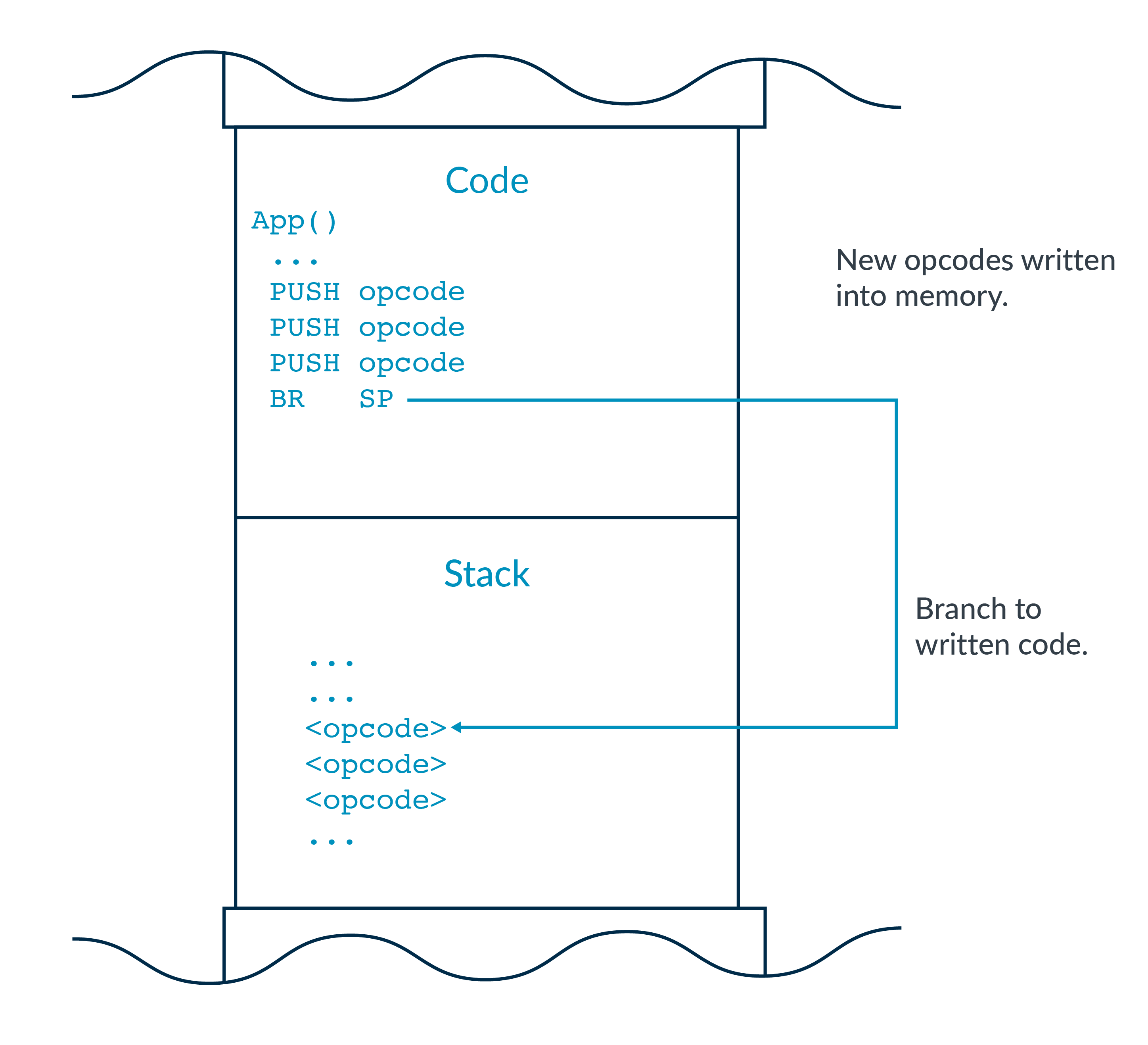 Setting one of these bits marks the page as not executable. This means that any attempt to branch to an address within that page triggers an exception, in the form of a Permission fault. There are separate Privileged and Unprivileged bits. This is because application code needs to be executable in user space (EL0) but should never be executed with kernel permissions (EL1/EL2). Another form of attack involves abusing system calls to try to get privileged code to call code from user memory.

The following diagram shows a simplified, but typical, virtual address space for an application that is running under an Operating System (OS), with the expected execution permissions: 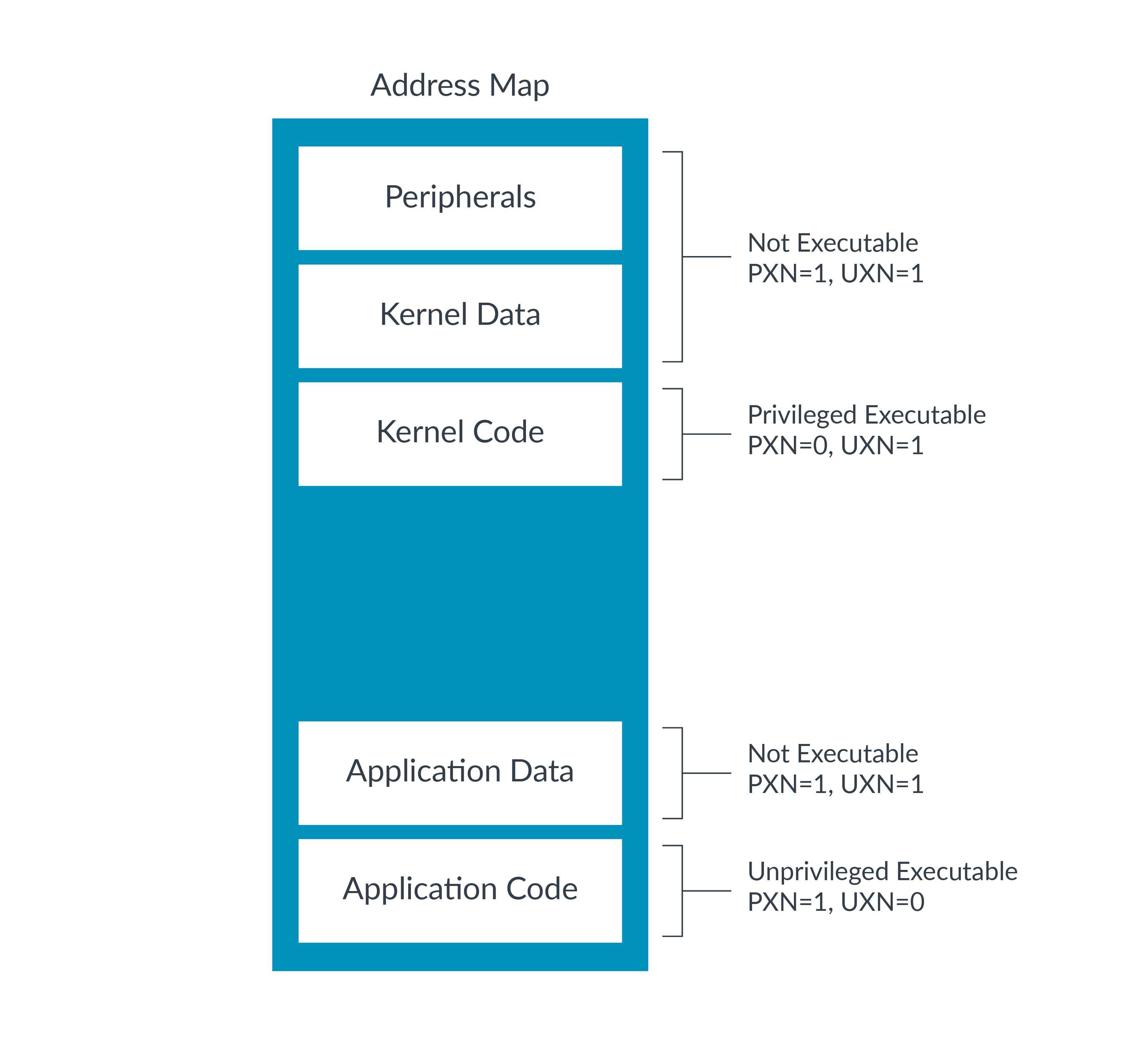 Note: By convention, kernel space is at the top of memory and user space is at the bottom of memory. Although this is not required by the architecture, it is the most common layout and the examples in this guide follow this convention.

A location that is writable at EL0 is never executable at EL1, regardless of how the PXN and SCTLR_ELx controls are configured.

Together, these controls can provide robust protection against the kinds of attack that we have described. The translation table attributes and write controls can block execution from any location that the malicious code could write to, as you can see in the following diagram: 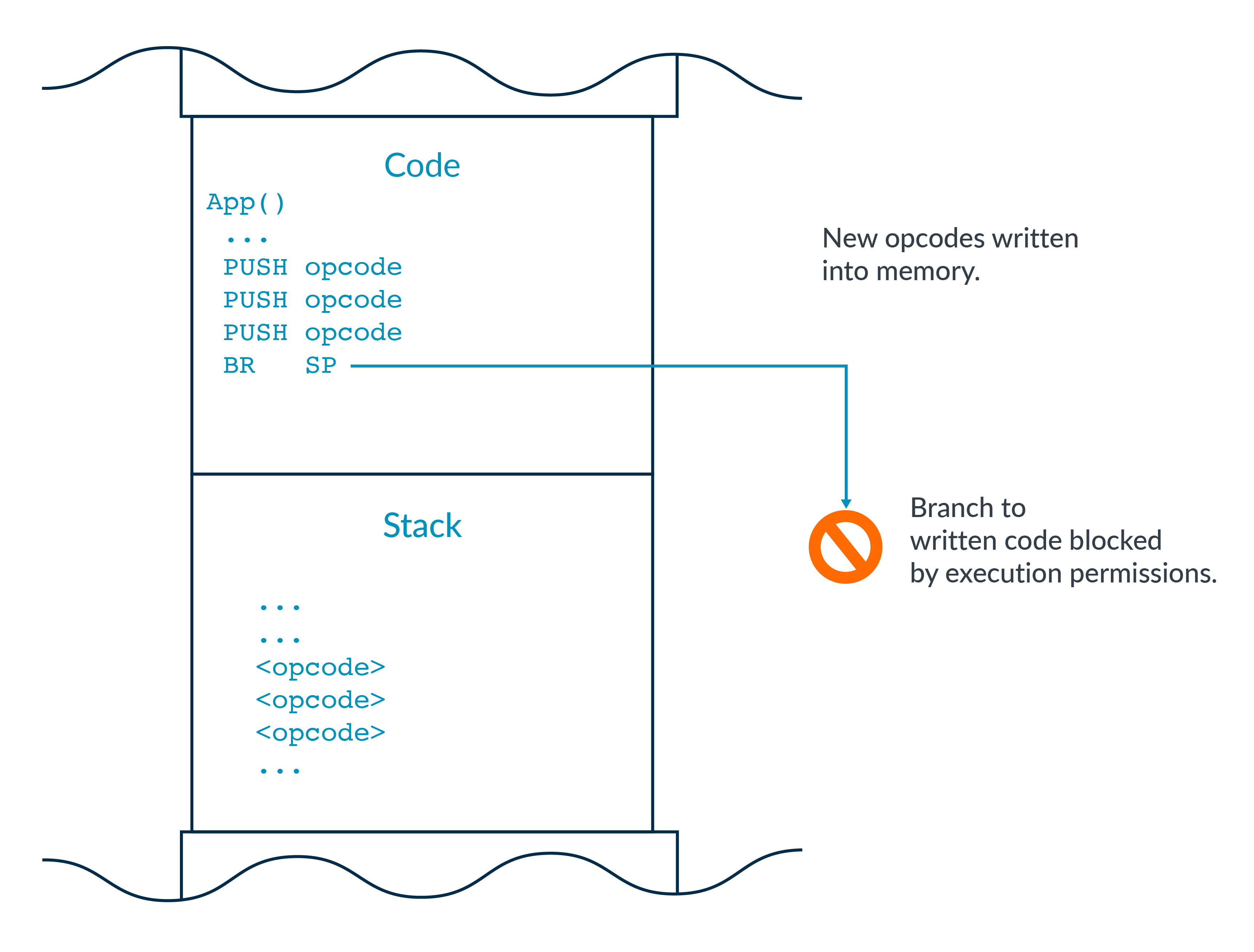