In TrustZone in the processor  and System Architecture,  we introduced the TrustZone features in hardware and discussed the typical software stack that uses those features. In this topic, let’s pull together this knowledge and look at some example use cases.

Mobile devices like smartphones contain a lot of personal data. Users care about the confidentiality of that data if the device is lost or stolen. This is why most recent devices support file system encryption. TrustZone can be used part of the solution for protecting this data.

Data stored in the external flash is encrypted. On boot, the device authenticates the user and then provisions the key to decrypt the filesystem. Decryption might be handled by an accelerator or might be integrated into the flash controller.

The key for the file system also needs to have its confidentiality protected. If they key is compromised, an attacker could decrypt the filesystem.

The processes after authentication are illustrated in the following diagram: 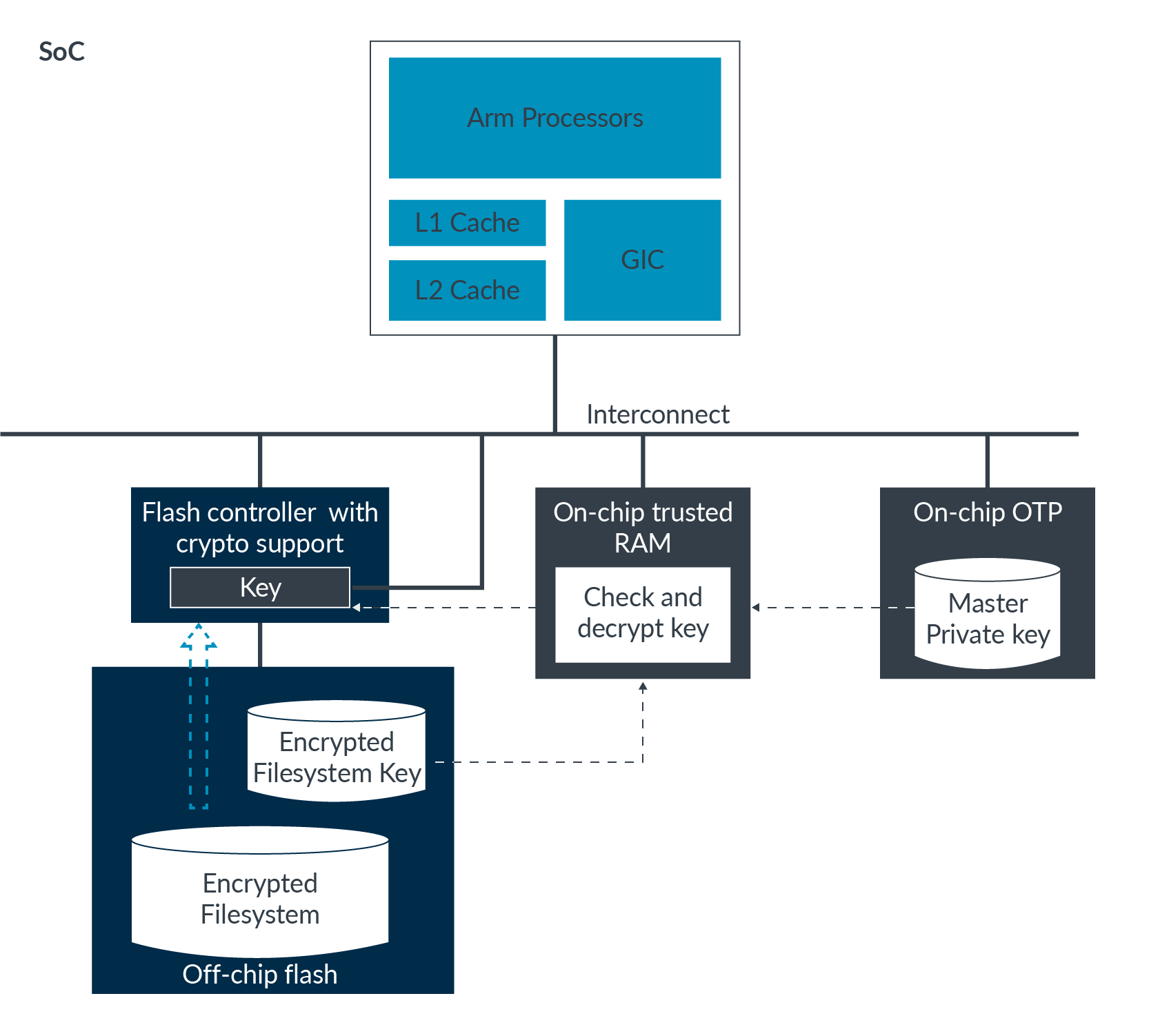 By performing these operations in Secure state, TrustZone allows us to never expose the filesystem keys to Non-secure state software. This means that malicious code in Non-secure cannot extract those keys for later attacks. Using what we have discussed so far, think about the following questions:

Over the air firmware update

This second example relates to updating the boot firmware. The requirements for our system are:

To achieve these aims, the OEM signs the image with its private key. The downloading device is provisioned with the public key, which it can use to verify the signature. A non-volatile counter is incremented when the firmware is updated, allowing detection of roll-back.

Our system is shown in the following diagram: 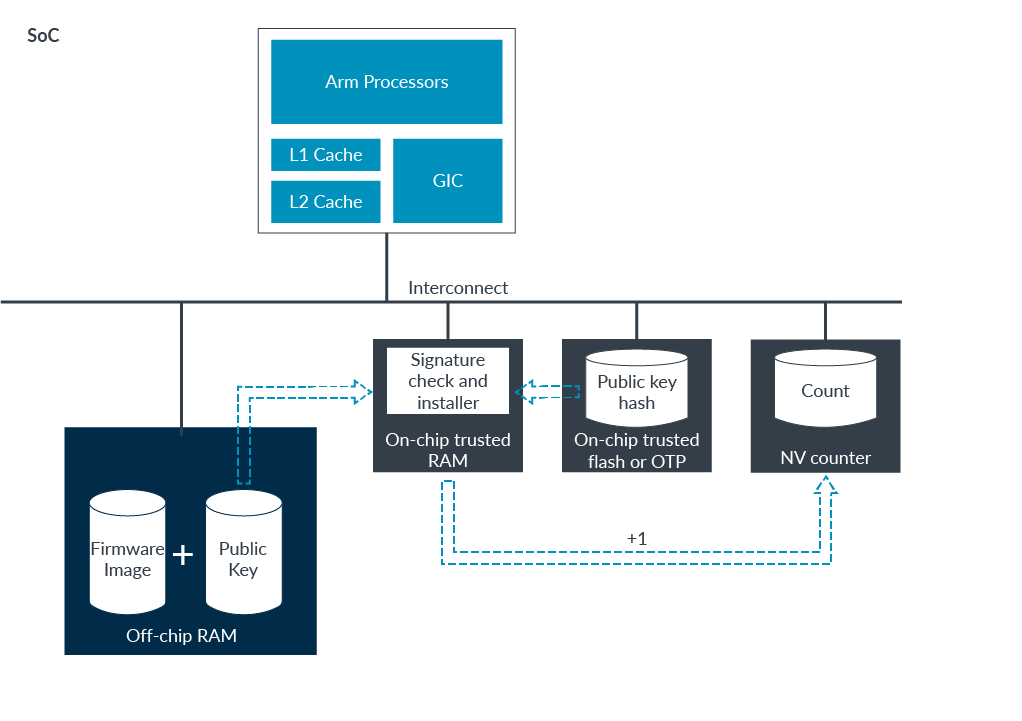 The downloading of the image is carried out in Non-secure state. The image itself is a not a secret, so we do not protect its confidentiality. The downloaded image is placed in memory and a request is issued to Secure state to install it.

The Secure state software is responsible for authentication. It does this using the public key of the OEM, typically stored in off-chip flash. This key is not a secret, so we do not need to ensure confidentiality. We do need to ensure authenticity of the key and detect attempts to substitute the key. We achieve this by keeping a hash of the key on-chip, which can be used to check the key when needed. A hash requires fewer bits and on-chip memory is expensive.

When the public key is loaded and checked, the new firmware image can be checked. We want to ensure that it is authentic (the signature matches) and that it is a newer version of the firmware than what is installed.

Assuming that these checks pass, the image is installed, and the NV counter incremented. Incrementing the NV counter means that, if an attacker tries to install an older firmware, the device will detect that attempt.