Trace refers to the process of capturing data that illustrates how the components in a design are operating, executing, and performing.

The Arm approach to trace usually involves a separate trace generation component for each type of trace that is performed. For example, different trace sources produce processor trace and bus trace.

In this section of the guide, we look at the different kinds of trace and the components that produce them.

The following diagram shows how a data access appears through data trace:

The Embedded Trace Macrocell (ETM) is the Arm trace source that captures data trace. ETM data trace capability is an optional feature in the ETM architecture. ETMv4 does not support data trace on Armv8 or Armv7 processors.

The following diagram shows how Data Watchpoint and Trace unit (DWT) values that are written to an ITM appear through instrumentation trace: 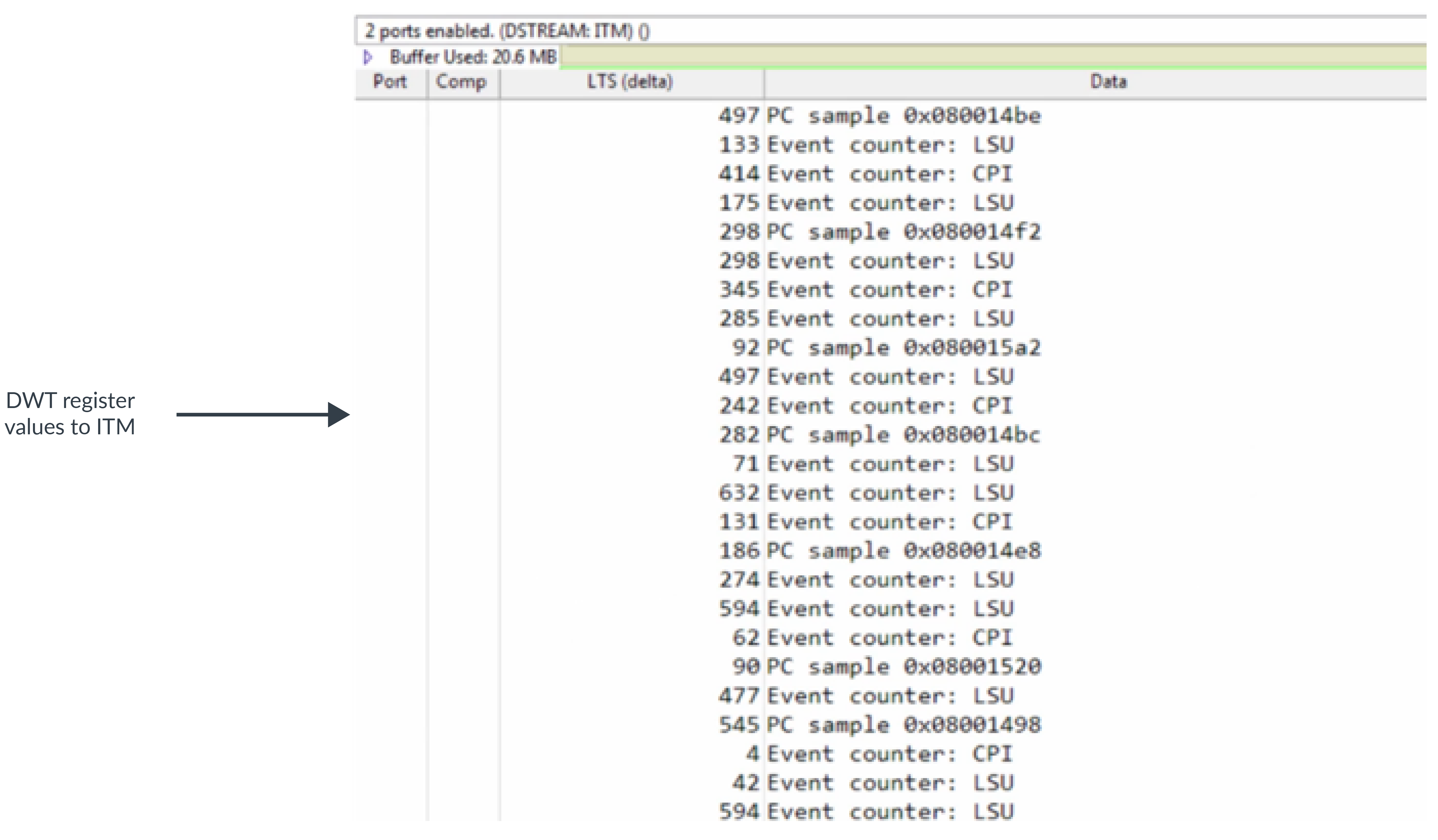 System trace outputs data about components across the system. For example, the STM supports both target hardware and software event generation. System trace components have a superset of the functionality of an instrumentation trace component. This means that there are many similarities between the two components.

The following diagram shows how outputting an application text string and application-generated numbers to an STM appear through system trace: 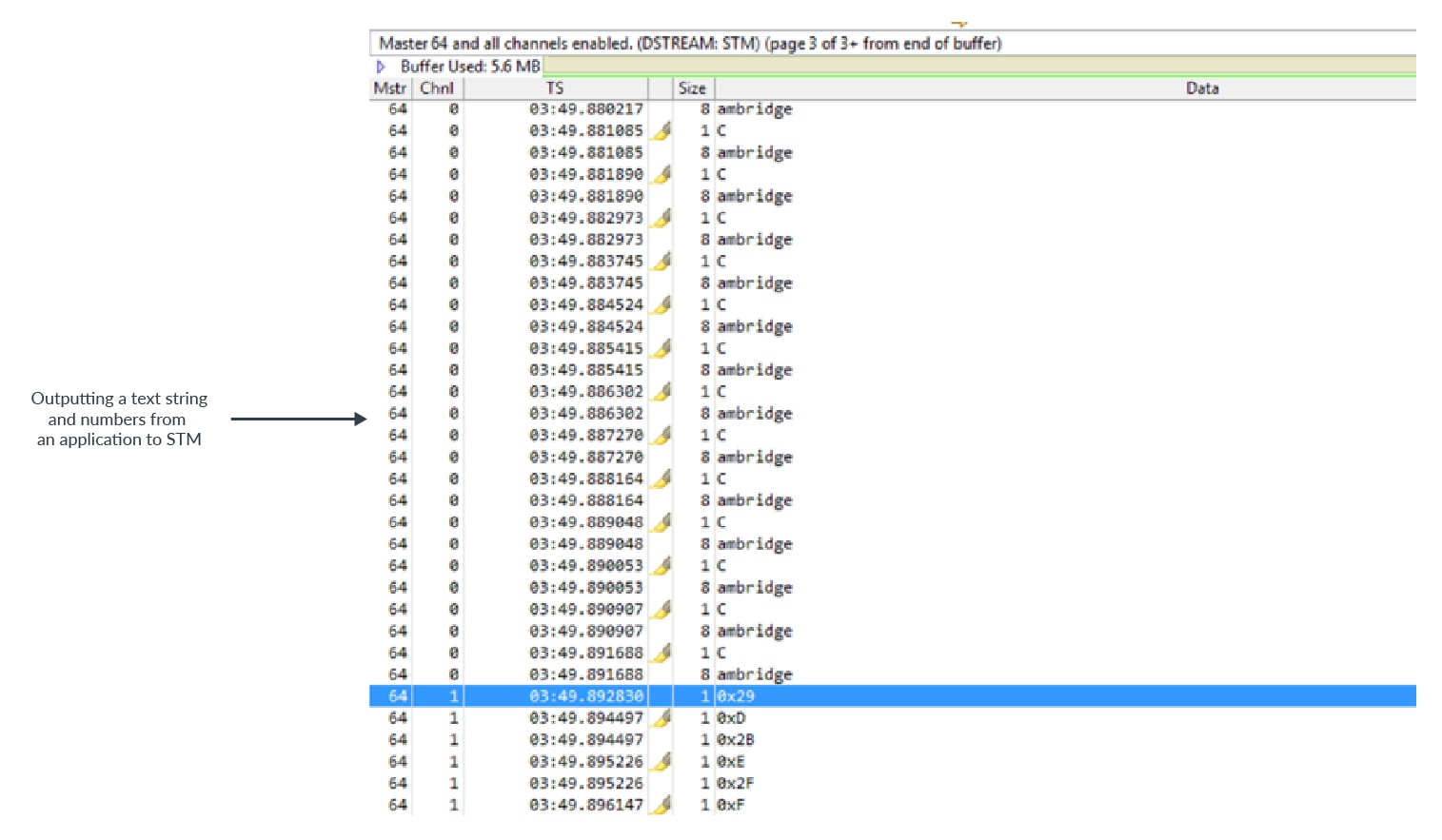 Arm designs use a System Trace Macrocell (STM) to capture system trace data. The two variants are the STM and the STM-500.