Clock and power management in an SoC

Depending on the complexity of a system, a system can have multiple clock and power domains.

A clock domain is defined as a group of IP components which run from a common clock. If all components are in a state of quiescence, the clock can be removed from the components. This process is also known as clock gating. Clock gating is one technique that you can use to reduce dynamic power consumption.

In an SoC, clock domain and power domain management involve building an infrastructure to handle communication and decision making in these areas. The PCK-600 contains a set of components that you can use to build this infrastructure.

Note: Information about specific clock and power domains for this SoC is beyond the scope of this guide. However, we anticipate that this SoC contains more than one clock domain and more than one power domain. Components from the PCK-600 help to create the control infrastructure for these domains. How these components can link together is explained in a non-specific way in Low-Power Interfaces, PCK-600 components and Usage example.

Note: In Low-Power Interfaces, PCK-600 components and Usage example, the term device is synonymous with IP.

Note: For clarity, LPIs are not shown in any of the previous figures or mentioned in the interface tables. However, you can assume the IP is managed in suitable clock and power domains for the SoC using LPIs and, potentially, PCK-600 components.

The following figure shows an example of how you could use four of the PCK-600 components: 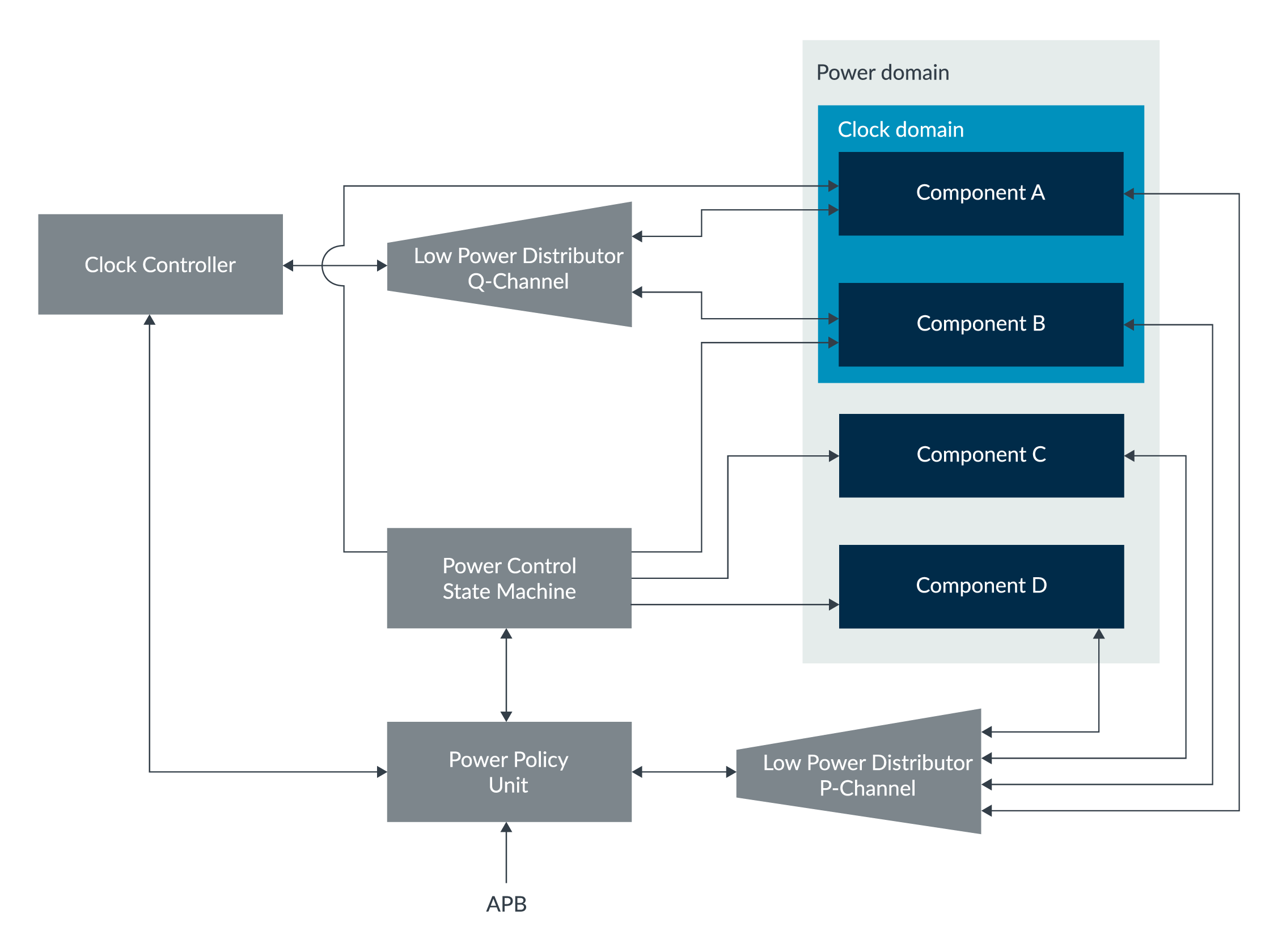