Texture filtering is a technique that is used to reduce the aliasing that occurs when sampling from textures.

Texture filtering relies heavily on mipmapping. This is because that, during magnification, the number of texels to be fetched never exceeds four. However, during minification, as the textured object moves further away, the entire texture can fit within one pixel. In this case, every texel would have to be fetched and then merged for an accurate result, which would be too expensive to implement for a GPU.

Instead, four samples are selected, resulting in an unpredictable under-sampling of the data. Mipmapping overcomes this by pre-filtering the texture at different sizes so that as the object moves away a smaller texture size is applied instead.

Widely implemented methods of filtering include bilinear, trilinear, and anisotropic filtering, with the difference between them being how many texels are sampled, how these texels are combined, and whether mipmapping is utilized in the filtering process.

For example, trilinear filtering is twice the cost of bilinear filtering yet the visual advantages are not always apparent especially on textures being applied to distant objects. Instead, the use of 2x anisotropic filtering is recommended as it often gives better image quality and increased performance.

When using anisotropic filtering, the maximum number of samples must be set. However, due to the performance impact incurred on mobile, we recommend that you exercise caution when using higher numbers of samples, especially eight samples or higher. This technique is best suited for textures on slanted surfaces, such as ground in the distance. 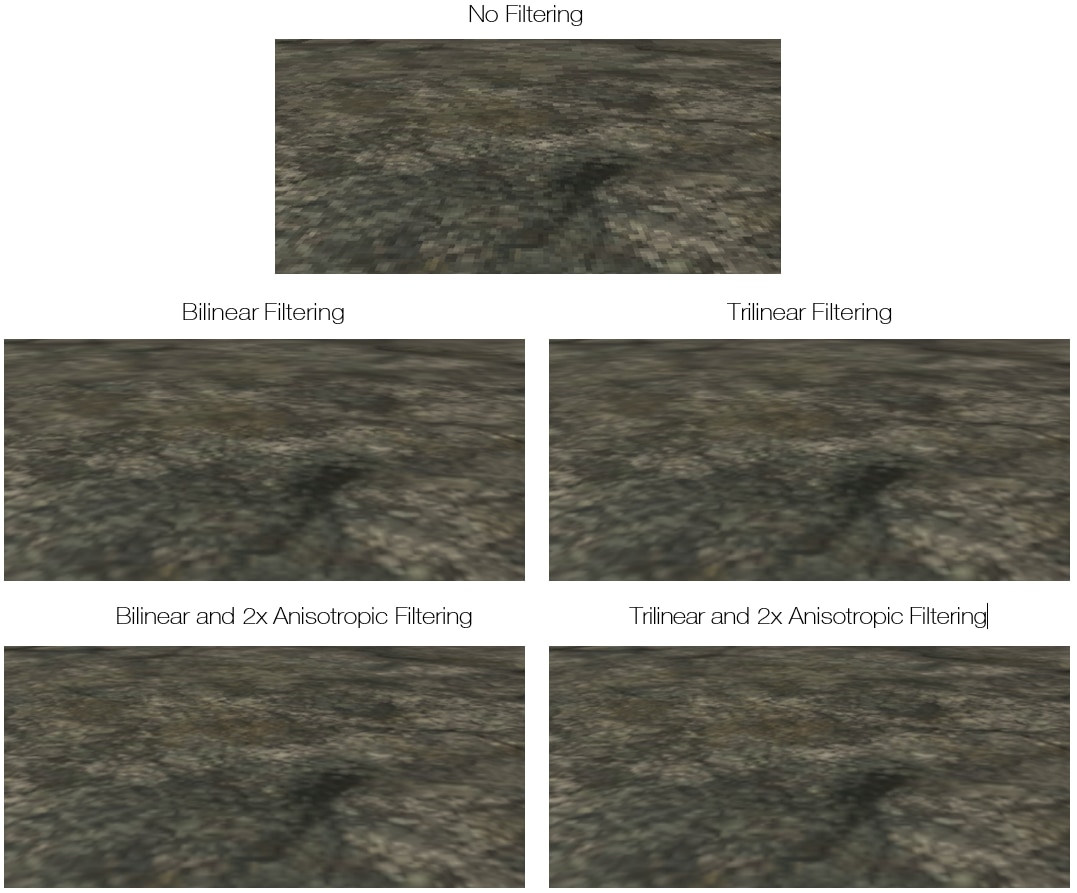 In Unity, texture filtering is set in the Project Quality Settings.

To set the texture filtering settings for a texture in Unit:

Then for each texture, select it within the Assets section of the Project window so that the Texture Inspector window opens. When the window is open, set both the Filter Mode and the Aniso Level settings for that texture.