In your scene, there are moving objects and static environments like rooms. By using this technique, you are not required to render static geometry to a shadow map every frame. This technique enables you to use a texture to represent the shadows.

Cubemaps can be a good approximation of a static local environment, including irregular shapes like the cave in the Ice Cave demo. The alpha channel can also represent the amount of light that enters the room.

The objects that move are typically everything except the room, for example:

When the whole room is represented by a cube texture, you can access arbitrary texels of the environment within a fragment shader. For example, the sun can be in any arbitrary position and you can calculate the amount of light reaching a fragment based on the value fetched from the cubemap.

The alpha channel, or transparency, represents the amount of light that enters the local environment. In your scene, pass the cubemap texture through to the fragment shaders that render the static and dynamic objects that want shadows added.

The following instructions describe how to generate shadow cubemaps:

The following instructions briefly describe how to render shadows:

The following input parameters are required to calculate the local correction:

The following image shows the local correction of the fragment-to-light vector:

The following example code shows how to calculate the correct CP vector:

Use the CP vector to fetch a texel from the cubemap. The alpha channel of the texel provides information about how much light or shadow you must apply to a fragment:

The following image shows a chess room with hard shadows: 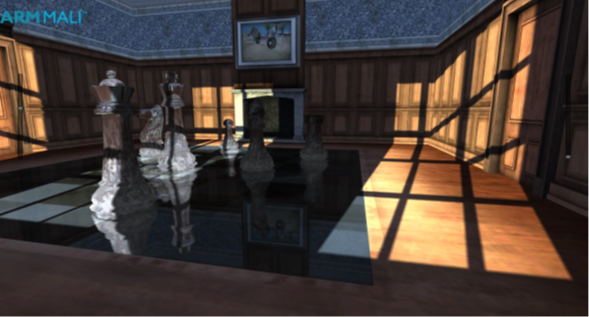 This technique generates working shadows in your scene, but you can improve the quality of the shadows with two more steps:

Back faces in shadow
The cubemap shadow technique does not use depth information to apply shadows. Therefore, some faces are incorrectly lit when they are meant to be in shadow.
The problem only occurs when a surface is facing in the opposite direction to the light. To fix this problem, check the angle between the normal vector and the fragment-to-light vector, PiL. If the angle, in degrees, is outside of the range -90 to 90, the surface is in shadow.
The following code snippet checks to see if it outside the range:
The preceding code causes a hard switch from light to shade. For a smoother transition, use the following formula:
Here is what the formula does:
The following image shows a chess room with back faces in shadow: 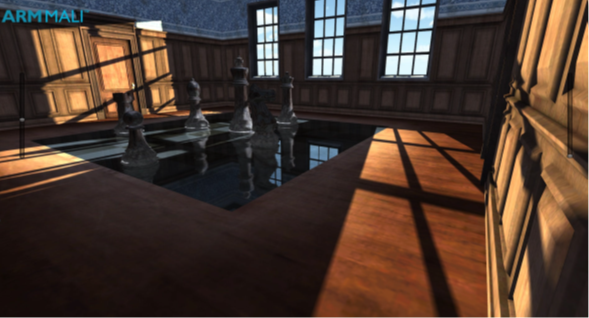 Smoothness
This shadow technique can provide realistic soft shadows in your scene. The following steps explain how you can apply smoothness:
The coefficient is a normalizer of a maximum distance in your environment to the number of mipmap levels. You can calculate the coefficient automatically against bounding volume and mipmap levels. You must customize the coefficient to your scene, enabling you to tweak the settings to suit the environment, improving visual quality. For example, the coefficient used in the Ice Cave project is 0.08.
You can reuse the results from the calculations that you did for the local correction. This is shown in the following steps:

The following image shows a chess room with smooth shadows: 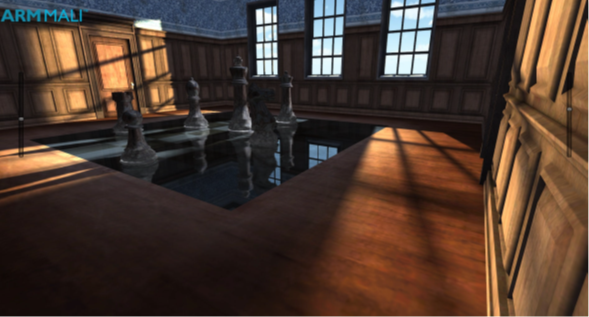 This section describes combining cubemap shadows with a shadow map.

The following image shows the chess room with smooth shadows only: 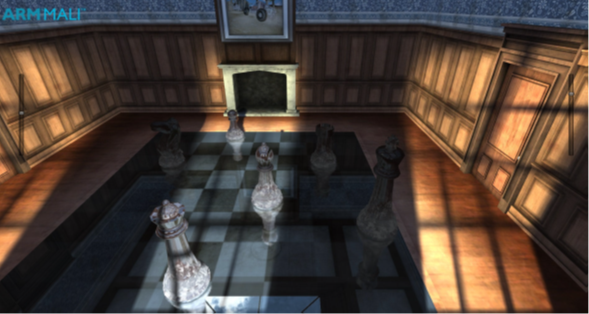 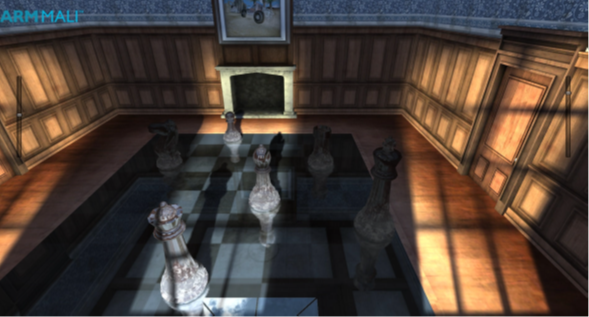 Results of the cubemap shadow technique

In traditional techniques, rendering shadows can be quite expensive because it involves rendering the whole scene from the perspective of each shadow-casting light source. The cubemap shadow technique described here delivers improved performance because it is mostly pre-baked.

The cubemap shadow technique is also independent of output-resolution. It produces the same visual quality at 1080p, 720p, and other resolutions.

The softness filtration is calculated in hardware, so the smoothness comes at almost no computational cost. The smoother the shadow, the more efficient the technique is. This is because the smaller mipmap levels result in less data than traditional shadow map techniques. Traditional techniques require a large kernel to make shadows smooth enough to be more visually appealing. Therefore, this requires high memory bandwidth, therefore, reducing performance.

The quality that you get with the cubemap shadow technique is higher than you might expect. It provides realistic softness and stable shadows with no shimmering at the edges. Shimmering edges can be observed when using traditional shadow map techniques because of rasterization and aliasing effects. However, none of the anti-aliasing algorithms can fix this problem entirely.

Note: This technique can be used on any device on the market that supports shaders like OpenGL ES 2.0 or higher. It combines well with the reflections that are based on local cubemaps technique, making shadows an easy addition.

The following image shows the Ice Cave with shadows: 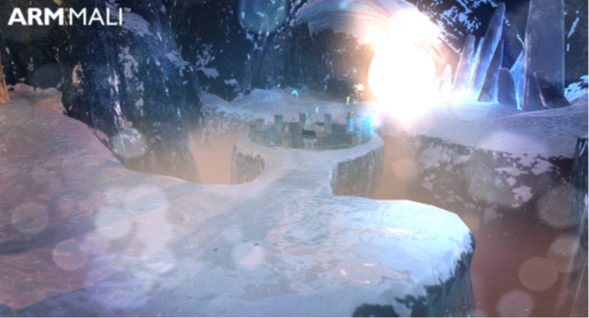 The following images show the Ice Cave with smooth shadows: 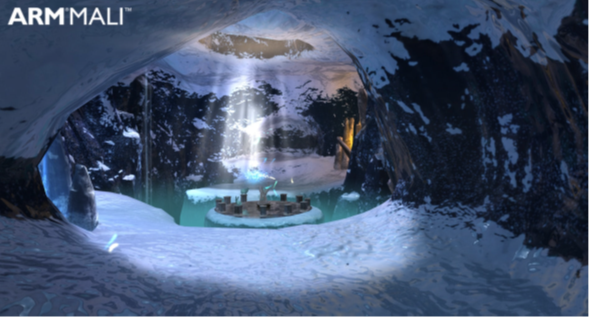 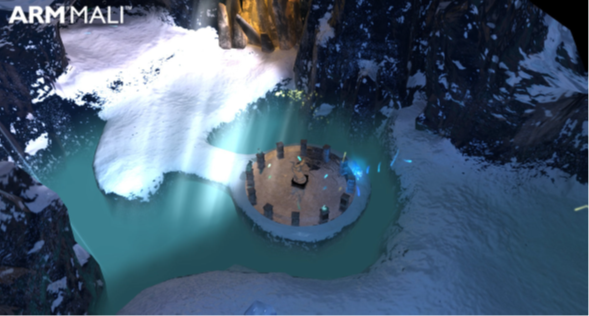