In this section of the guide, we explain a simple implementation of a dirty lens effect that is suitable for mobile devices. A dirty lens effect can invoke a sense of drama and is often used together with a lens flare effect.

The shader renders the quad that uses additive alpha blending at the very end, after all transparent geometry has been rendered.

The following subshader tag instructs the full screen quad to be rendered after all opaque geometry, and after nine other transparent objects:

The shader uses the following command to deactivate depth buffer writing, which prevents the quad from occluding the geometry behind it:

At the blending stage, the output of the fragment shader is blended with the pixel color that is already in the frame buffer.

This type of blending is often used for particle systems when they represent effects like fire that are transparent and emit light.

The shader deactivates culling and ZTest to ensure that the dirty lens effect is always rendered. This means that the vertices of the quad are defined in viewport coordinates, so that no vertex transformations take place in the vertex shader.

Then the fragment shader only fetches the texel from the texture and applies a factor that is proportional to the intensity of the effect. 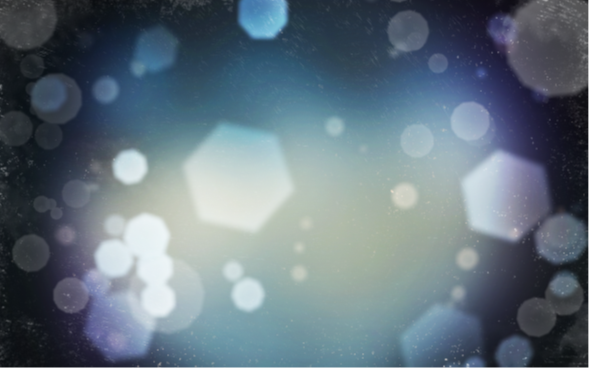 The following image shows how the Dirty Lens effect looks in the Ice Cave demo. Specifically, when the camera is oriented to the sunlight that is coming from the entrance of the cave: 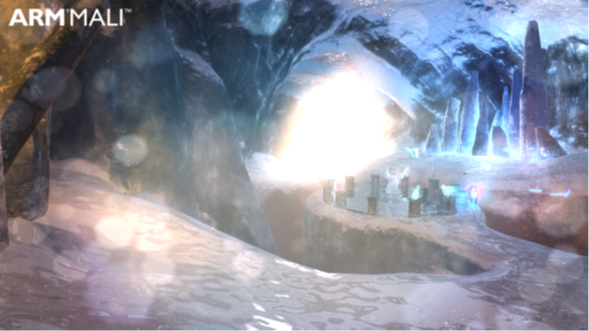 A simple script creates the full screen quad and calculates the intensity factor that is passed to the fragment shader.

The following function creates the mesh of the quad in the Start function:

When the mesh is created, its bounds are incremented to guarantee that it is never frustum clipped from being outside the camera view. Therefore, you must set the size of the bounds according to the size of your scene.

The following code shows the calculation of the intensity factor: