This section of the guide describes the procedural skybox and how you can use it in your own Unity programs.

The Ice Cave demo uses a time-of-day system to show the dynamic shadowing effects that you can achieve with local cubemaps.

To achieve a dynamic time of day effect, combine the following elements:

The following image shows a view of the skybox: 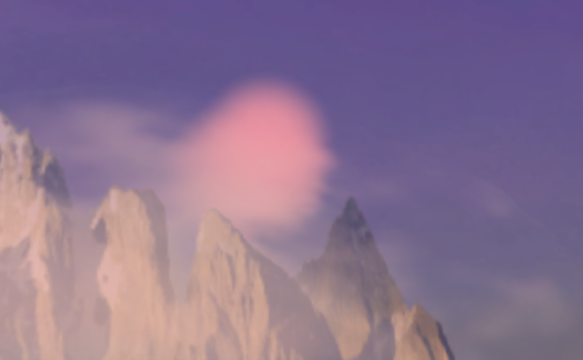 The following image shows the skybox rendered with the use of a plane: 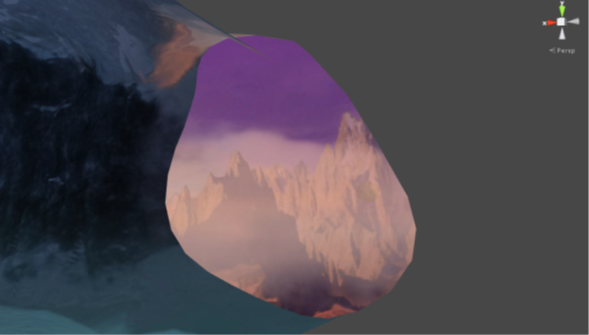 Managing the time of day

This effect uses a C# script to manage the mathematics for the time of day, and the animation of the day-night cycle. A shader then combines the sun and skymaps.

You must specify the following values for the script:

For each frame, the script selects the skybox cubemaps to blend. The selected skyboxes are set as textures for the shader and the script blends the textures together while the frame is rendering.

To set the textures, the Ice Cave demo uses the Unity Shader global features. This enables you to set a texture in one place that all the shaders in your application can use. This is shown in the following code:

Note: The name of the sampler used must not conflict with the one that is locally defined by the shader.

The following items are set in the script code:

To access these textures in the shader, you must declare them with the following code:

The script selects the sun color and an ambient color based on the list that you specify. These colors are interpolated for each phase.

The sun color is passed to the shader for rendering the sun with the correct color.

The ambient color is used to dynamically set the Unity variable RenderSettings.ambientSkyColor. This is shown in the following code:

Setting this variable enables all the materials to receive the correct ambient color. In the Ice Cave demo, this effect causes a gradual variation of the overall color of the scene based on the phase of the day it is.

To render the sun, in the fragment shader, for each pixel of the skybox you must check whether it is inside the circumference of the sun.

To check whether a pixel is inside the circumference of the sun, the shader computes the dot product of the normalized sun position vector and the normalized view direction vector in world coordinates of the pixel being rendered.

The following diagram shows the rendering of the sun:

Note: The dot product of the normalized view vector and the sun position vector is used to determine if the fragment is rendered, as sky as P2, or rendered as a sun as P1.

The normalized sun position vector is passed to the shader by the C# script, if either of the following occur:

The dot product also creates a fading effect towards the edges of the sun. This is shown in the following code:

The following image shows a clear view of the sun: 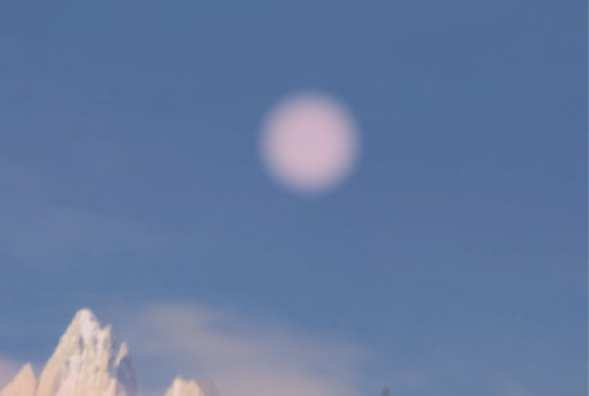 Fading the sun behind mountains

There is a problem if the sun is low in the sky, because in real life it would disappear behind the mountains.

You can also gradually fade the alpha near the edges or the areas where there is snow on the mountain. This produces an effect of the sun bouncing off the snow for little computational effort.

A similar technique is used to create a computationally cheap subsurface scattering effect for the clouds.

The original phase cubemaps are split into the following groups: 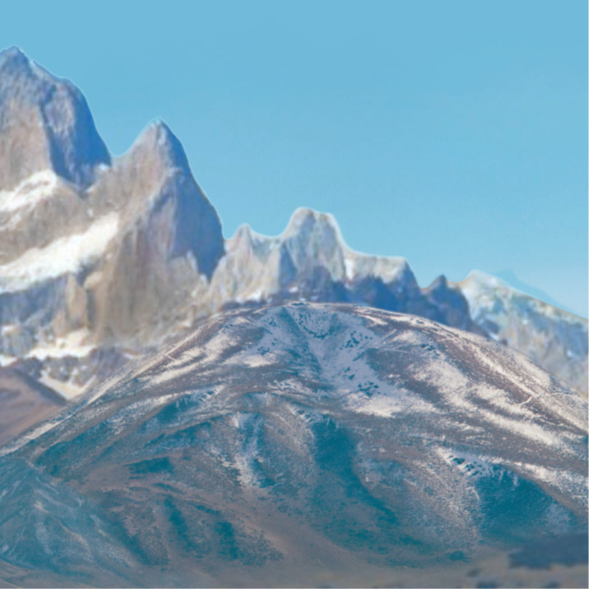 Note: The mountains have an alpha value of one, the sky has a value of zero.

The clouds skybox has alpha 0 for the empty areas and gradually fades to 1 when occupied by a cloud. The alpha channel fades smoothly to ensure that the clouds do not look like they have been artificially put on top of the sky. The following image shows a cloud texture with alpha:

The shader performs the following steps:

You can add a subsurface scattering effect that uses the alpha information to increase the radius of the sun.

In real life when the sun is in a clear sky, it looks small. This is because there are no clouds that can deviate, or scatter, the light toward your eyes. What you see are the rays directly from the sun, spread only very slightly by the atmosphere.

When the sun is occluded by clouds, but they do not completely obscure it, part of the light is scattered around the cloud. This light can reach your eyes from directions that are some distance away from the sun, making the sun appear larger than it really is.

The following code is used to achieve this effect in the Ice Cave demo:

Here is an explanation of the preceding code:

The following image shows the sun when it is not occluded by the clouds: 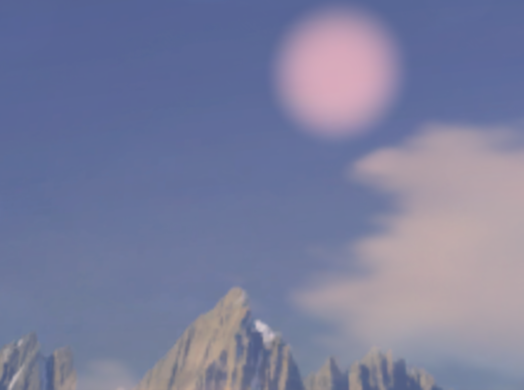 The following image shows the sun when it is occluded by clouds: 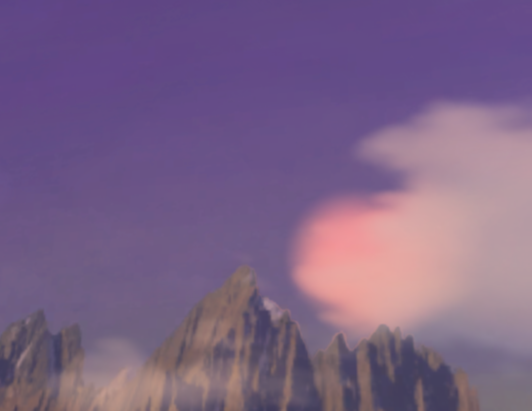