This section of the guide describes the specular effects that are used in the Ice Cave demo. Specular effects are an efficient technique that produce good results.

A disadvantage of the Blinn technique is that it can produce incorrect results in certain circumstances. For example, specular effects can appear in regions that are in shadow.

The following image shows an example of a shadowed region with no specular effects: 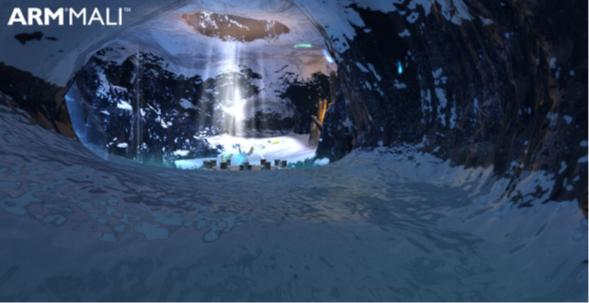 The following image shows an example of specular effects in a shadowed region, which are incorrect because the shadows are represented incorrectly: 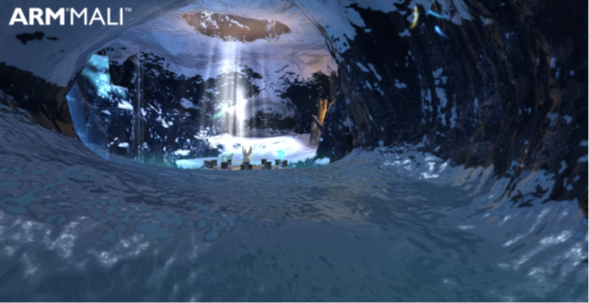 The following image shows an example of specular effects in a lit region, which are correct: 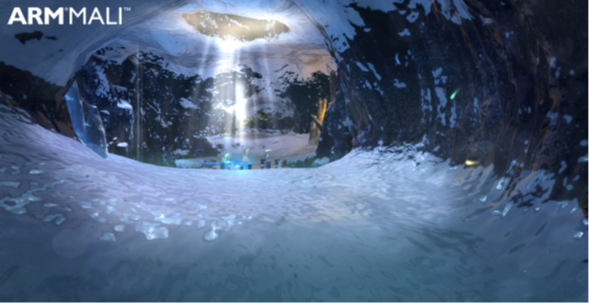 The environment cubemap texture that is used for reflection and shadow effects contains two types of information:

Note: For more information about creating the corrected reflection vector, or what the SampleCubemapWithLocalCorrection() function is, see Local cubemap rendering.

The reflColor value is in RGBA format where the RGB components contain color data for reflections and the alpha channel (A) contains the intensity of the specular effect. In the Ice Cave demo, the alpha channel is multiplied by the specular color, which is calculated with the Blinn technique. This is shown in the following code: