This guide follows on from our blog post that introduces the Arm Compute Library.

The instructions given here show you how to develop a Convolutional Neural Network (CNN) called AlexNet using just the Arm Compute Library and a Raspberry Pi. Links are provided to all of the software tools that you need to get up and running.

The guide starts by introducing Arm Compute Library's graph API and AlexNet, two tools that help simplify developing neural networks on a Raspberry Pi. An example of AlexNet using the graph API, in C++, is explained in detail to help you get started running your own and other classifiers.

By following the steps in this guide, you will be up and running with AlexNet. AlexNet is one of the first Deep Convolutional Neural Networks (CNN) designed to recognize 1000 different object categories within images. You use AlexNet to classify an image of a go-kart with the neural network returning some predictions based on the image content. The network can only be used to predict the 1000 object categories that it has been trained with. If you want to use the CNN for a different task, then the network has to be retrained.

In addition to some basic knowledge of the Arm Compute Library, this guide assumes some knowledge of a CNN. You do not need to be an expert, just have an idea of the main functions.

Further ahead in this guide, you can download and unzip the tutorial .zip file on the Raspberry Pi. This file contains:

In release 17.09 of the Arm Compute Library, we introduced the Graph API. This is an important feature to make life easier for developers, and anyone else benchmarking the library.

The Graph API’s primary function is to reduce the boilerplate code, but it can also reduce errors in your code and improve its readability. It is simple and easy-to-use, with a stream interface that is similar to other C++ objects.

At the current stage, the Graph API only supports the ML functions, such as convolution, fully connected, activation, pooling. To use the Graph API, you must compile the library with both Neon and OpenCL enabled by setting neon=1 and opencl=1.

Note: As Raspberry Pi does not have OpenCL, the Graph API will automatically fall back to using Neon. This is why you need to compile the Arm Compute Library with both Neon and OpenCL enabled. 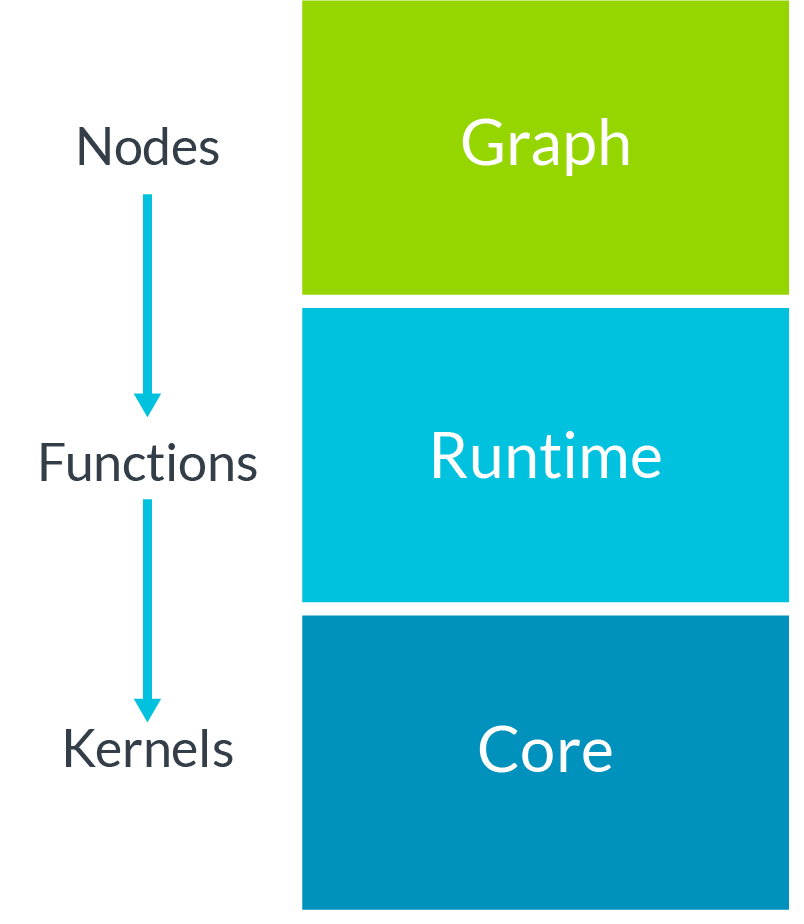 AlexNet is a convolutional neural network (CNN) that rose to prominence when it won the ImageNet Large Scale Visual Recognition Challenge (ILSVRC), an annual challenge that aims to evaluate algorithms for object detection and image classification. The model is trained on more than a million images and can classify images into 1000 object categories.

The ILSVRC evaluates the success of image classification solutions by using two important metrics, the top-5 and top-1 errors. When given a set of N images, often called test images, and mapped to a target class for each metric:

For both metrics, the top error is calculated as, "the number of times the predicted class does not match the target class, divided by the total number of test images". In simpler terms, a lower score is better.

AlexNet achieved a top-5 error around 16%, which was an extremely good result back in 2012. To put it into context, until that year no other classifier had been able achieve results under 20%. AlexNet was also more than 10% more accurate than the runner up.

Since 2012, other CNNs, such as VGG and ResNet, have improved on AlexNet's performance, as illustrated in this graph.

What does AlexNet consist of?

Besides the trainable layers, the network also has:

This table shows the layers and their details:

In the table, there are some convolution layers that are actually grouping convolutions. This is an efficient engineering trick that allows the acceleration of the network over two GPUs without sacrificing accuracy.

The grouping convolution not only allows you to spread the workload over multiple GPUs, it also reduces the number of MACs needed for the layer by half.

A C++ implementation of AlexNet using the Graph API is proposed in examples/graph_alexnet.cpp. Here, we look at some key elements of the code and what they do.

To run the AlexNet example, you need to include these four command-line arguments:

These subsections describe the key aspects of the example:

A pre-processing stage is needed for preparing the input RGB image before feeding the network, so we are going to subtract the channel means from each individual color channel. This operation centers the red, green, and blue channels around the origin:

For simplicity, the mean values for the examples are already hard-coded as:

If you are not familiar with mean subtraction pre-processing before, the Compute Image Mean section on the Caffe website provides a useful explanation.

The body of the network is described through the Graph API.

As you can see in the example, the Tensor objects (input and output) and all of the trainable layers accept an input function called accessor.

Important: The accessor is the only way to access the internal Tensors.

If you want to understand how the accessor works, see the utils/GraphUtils.h file. This has some ready-to-use accessors for your Tensor objects and trainable layers.

Here, you are going to turn on your Raspberry Pi and test AlexNet with some images.

Then, on your Raspberry Pi enter the following commands:

The contents of the ZIP file are now extracted into the assets_alexnet folder.

To compile natively on your Raspberry Pi, enter the following on the command-line:

Or, to cross-compile, enter the following on the command-line:

The CNN has been trained to recognize 1000 object categories. A go-kart is one of these. This step demonstrates how the object is recognized when the CNN is passed an image of a go-kart. In contrast, if you defined a random image which is not part of the 1000 categories then the CNN will not be able to recognize it it.

If you compiled natively on your Raspberry Pi, enter the following on the command line to run the classifier against the go_kart.ppm image:

Or, if you cross-compiled, on your host machine open an SSH session by entering:

And in the SSH session, enter the Desktop folder and run the classifier against the go-kart .ppm image:

Whether or not you are building the library natively, the output should look like this if a successful classification has been performed:

This screenshot shows that the classifier has provided five predictions of the content of the image against the object categories that the CNN has been trained with. If the output does not look like the screenshot, then it is highly likely that the assets have not been correctly copied to the SD card.

Develop your own network using the Arm Compute Library

If your test passed, then you have successfully used AlexNet to classify the characteristics of an image.

You can now go on to use what you have learned here to develop even more exciting and performant intelligent vision solutions on Arm-based platforms.

In this tutorial, we have learned how to run a model for image classification. Run the following command when to complete the guide.