Arm has recently launched the Arm SystemReady Program which builds on and extends the Arm ServerReady Program to a broader set of devices in the embedded-server and high-performance IoT ecosystems. Arm SystemReady incorporates different market segments that target different sets of operating systems and hypervisors with different hardware and firmware requirements.

Arm SystemReady SR (formerly Arm ServerReady) provides a solution for servers that Just Works, allowing partners to deploy Arm servers with confidence. The program is based on industry standards and the Server Base System Architecture (SBSA) and Server Base Boot Requirement (SBBR) supplements, alongside the Arm Server Architectural Compliance Suite (ACS). Arm SystemReady SR ensures that Arm-based servers work out of the box, offering seamless interoperability with standard operating systems, hypervisors, and software.

Partners can run the ACS test suite that enables them to check that their systems are SystemReady SR. Compliant systems that adhere to the SystemReady Terms and Conditions will be issued with a compliance certificate.

Find out more about the Arm SystemReady Program.

The Arm ecosystem collaborates on the creation of standards for server through the Arm Advisory Committee. This group contains companies across the server ecosystem including OS, cloud, BIOS, independent software, and IP vendors as well as OEMs and ODMs. The committee communicates in various ways including mail, regular meetings and biannual gatherings. 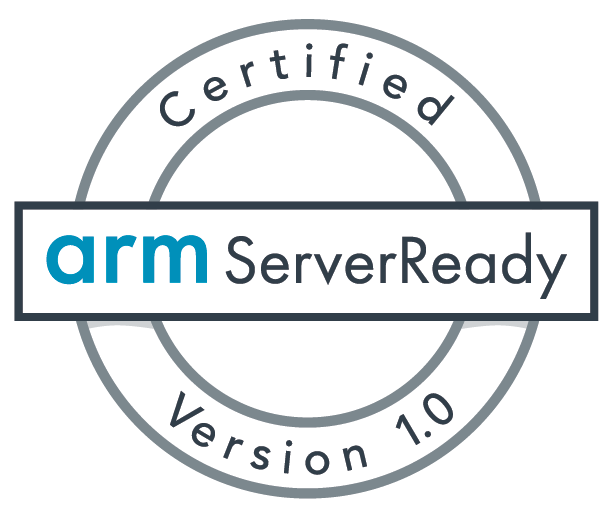 Find out supporters of Arm ServerReady

Arm architecture covers a wide range of products, across many market segments, from embedded control, to mobile, to servers. Base System Architectures (BSA) provide hardware requirements for a given type of product or market segment. The requirements are intended to ensure standard software, or operating systems, will operate correctly on machines compliant with the BSA.

The Server Base System Architecture (SBSA) is the BSA for servers. The specification is developed in conjunction with partners across the industry:

The latest version of the SBSA specification includes:

Operating systems running on standard server hardware require standard firmware interfaces to be present in order to boot and function correctly. The Server Base Board Boot Requirements (SBBR) document describes these firmware requirements.

The SBBR covers UEFI, ACPI and SMBIOS industry standards as well as standards specific to Arm, such as PSCI.

Together with SBSA, the SBBR provides a standard based approach to building Arm servers and their firmware. The specification is developed in conjunctions with partners across the industry:

The latest version of the SBBR specification includes:

The Server Base Security Guide (SBSG) specification provides requirements and guidance that support maintenance of the integrity of the platform layer of an SBSA-SBBR based server, and support securely attesting to the platform’s state of integrity.

The scope of the guidance in this document is focused on protecting key assets in the platform, such as mutable firmware components, critical memory, and secure memory.

The Server Base Manageability Requirements

The Server Base Manageability Requirements (SBMR) Specification establishes a common foundation for server management. This is achieved through standardizing common capabilities while allowing differentiation – valuable to the end-user – to be built on top. The requirements leverage the existing industry standard specifications for system management, such as Redfish, Platform Level Data Model (PLDM) and Management Component Transport Protocol (MCTP). 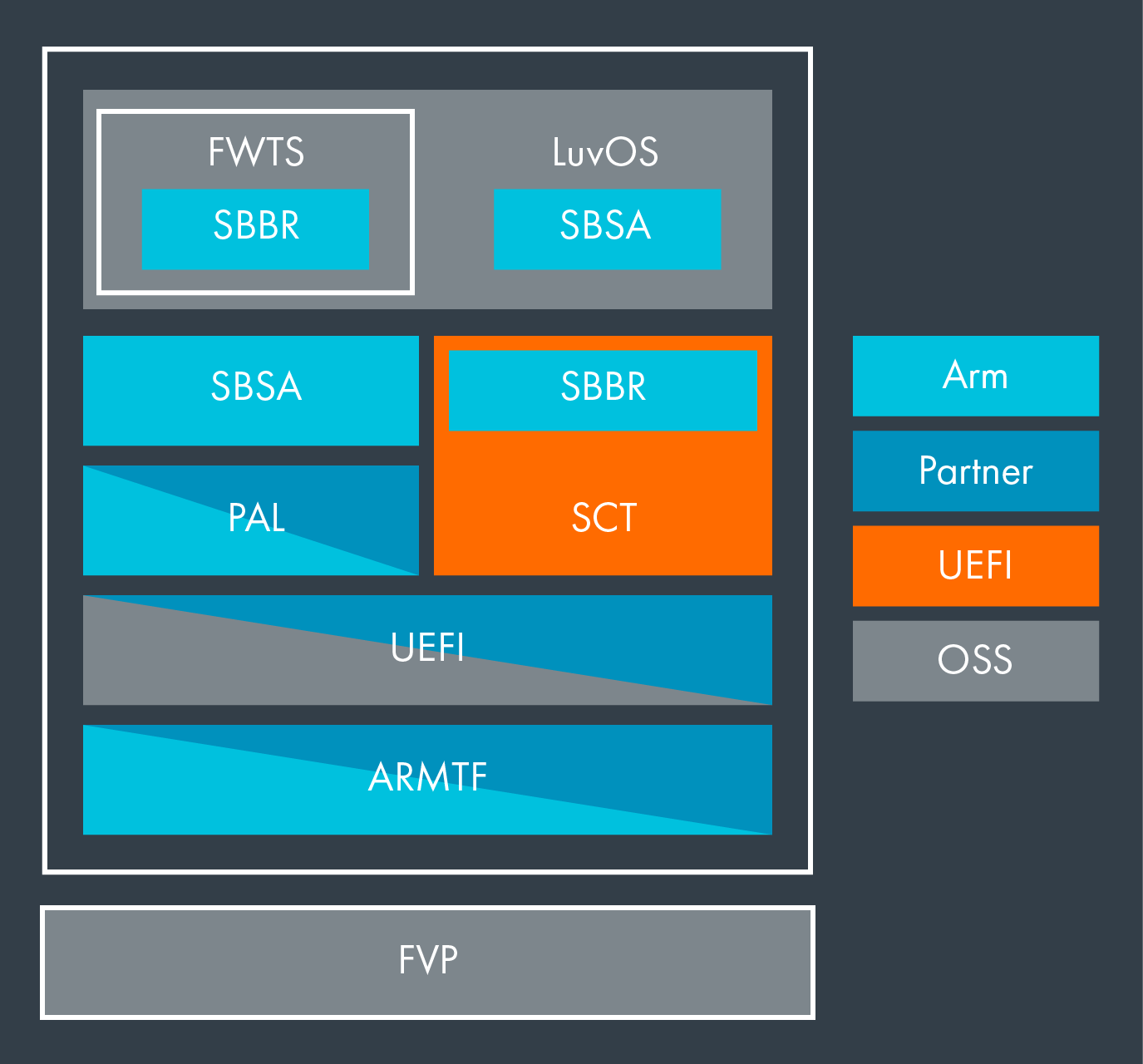 The test suites are hosted in GitHub and are open source (Apachev2):

Starting from v1.1, SBBR requires the native AArch64 binary format to be used for UEFI Drivers. Find out more: